Sheffield councillors say ‘we stand shoulder to shoulder with Ukraine’ 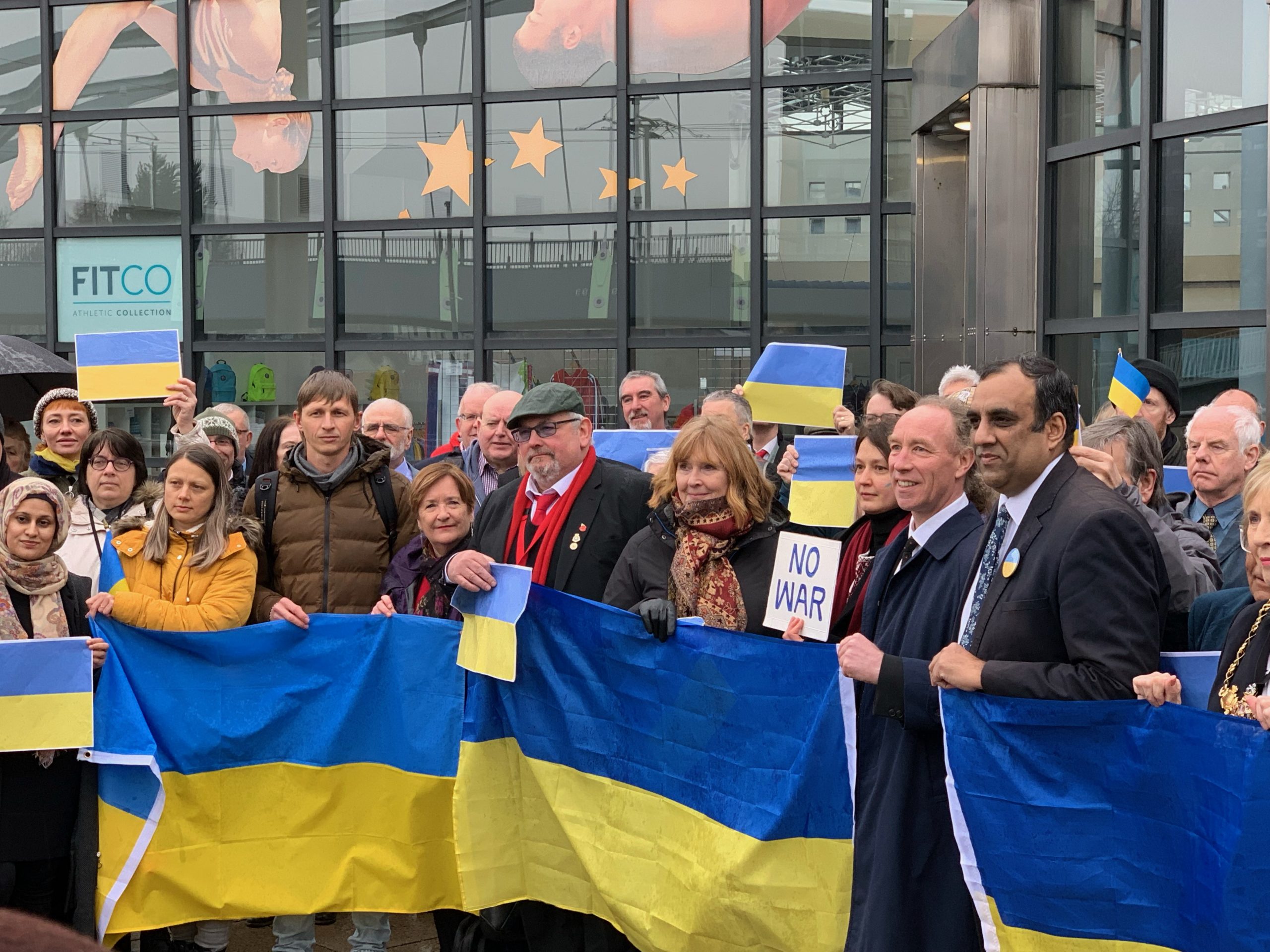 Sheffield City Council has shown its support for Ukraine in a cross party rally welcoming refugees during the crisis.

On Wednesday 2 March, at 1:30PM, Sheffield city councillors were joined by members of the community outside Ponds Forge, in a bid to support the people of Ukraine.

Members of Sheffield’s Ukrainian community wore their national colours with pride and held signs urging for peace. They were united by the statement: “No War.”

Dr Lena Mandrik, from the School of Health and Related Research at the University of Sheffield, was among the campaigners, having moved to Sheffield from Ukraine three years ago.

She said: “I wake up every morning at five and check my family is still alive.”

Councillor Terry Fox, Leader of Sheffield City Council, spoke out for the people of Ukraine.

Mr Fox said: “We have responded with shock and horror to the situation in the Ukraine.

“At times like this we may feel powerless, but we must make a stand with the brave Ukrainian people. Sheffield will stand shoulder to shoulder as a sanctuary for those fleeing.”

Lord Mayor Gail Smith reminded those gathered that Sheffield became the UK’s first city of sanctuary for refugees and asylum seekers in 2007.

Despite their political differences, representatives of the Liberal Democrats, Green Party and the Labour party agreed that they were all ready to help and support anyone affected by the crisis.

Shaffaq Mohammed, Sheffield’s Liberal Democrats leader, was at the forefront of the rally and was adamant that the people of Sheffield were more than ready to welcome refugees.

Mr Mohammed said: “We are proud and we are clear that we are willing and ready to accept the families to come here. The people of Sheffield are ready, we just need the government now to help.”

In the afternoon following the rally, the council passed an emergency motion to declare, “complete solidarity with the Ukrainian people”.