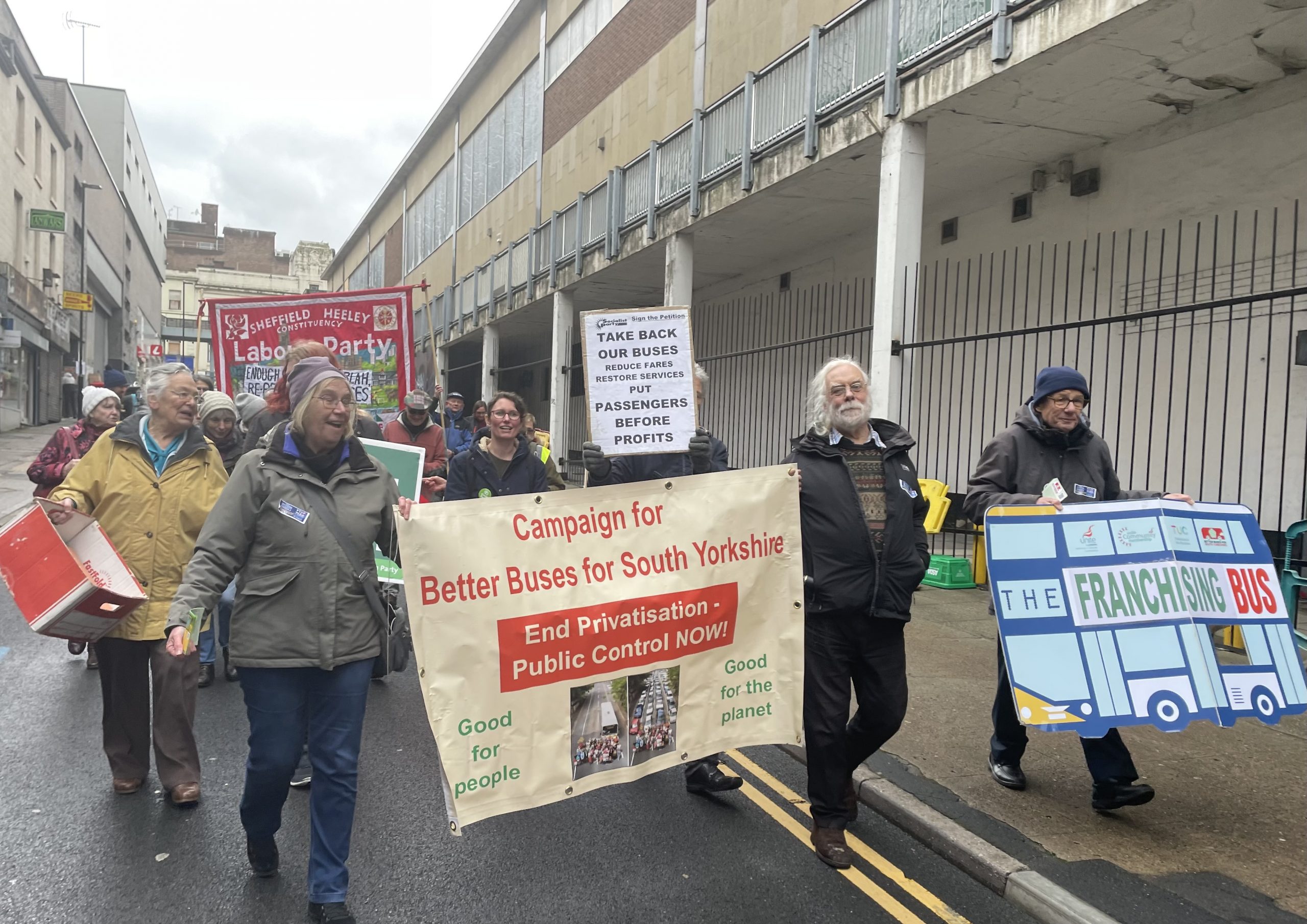 Campaigners who want to see better buses, cheaper fares and buses back in public ownership have staged a rally in Sheffield.

People in support of the cause gathered in Fitzalan Square, raising banners and handing out flyers, before marching to Broad Street West to demonstrate outside the SYMCA offices where a meeting was being held to vote on introducing franchising the bus services in the city.

The group staged an intricate stunt where a wall of cardboard boxes, each displaying problems with the current bus service and what they viewed as failings from those in authority, was ceremonially torn down.

Campaigner Susan Wild, 75, said: “Being a pensioner it’s my lifeline. I live on my own, I live on my pension and the bus is the only thing that gets me out to see my children and my grandchildren.”

She explained that last week she was left isolated at 10pm after a bus did not stop to let her on.

Susan added: “I just feel that the people making these decisions have no understanding of how it’s affecting us.” 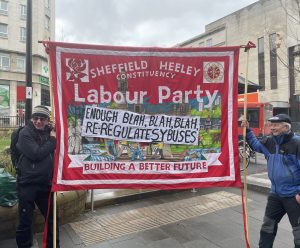 Currently, the bus services in Sheffield are run by private companies including Stagecoach and First.

Campaigner Fran Postlethwaite, 70, who has been fighting for better transport in the city for many years, described them as being nothing more than “profit making companies”.

She said: “The buses at the moment are totally in crisis. They are irregular, you can’t rely on them to turn up, they don’t go where you want to go and they are too expensive.

“We need services that meet the needs of people. We have been arguing now for nearly two years that [the SYMCA] should use it’s powers to start franchising buses.”

The group explained that today’s demonstration was not a protest, but rather what they called a “celebration with buts”, as they are glad bus franchising is finally being investigated by the SYMCA and don’t want the failings of the current system to be forgotten.