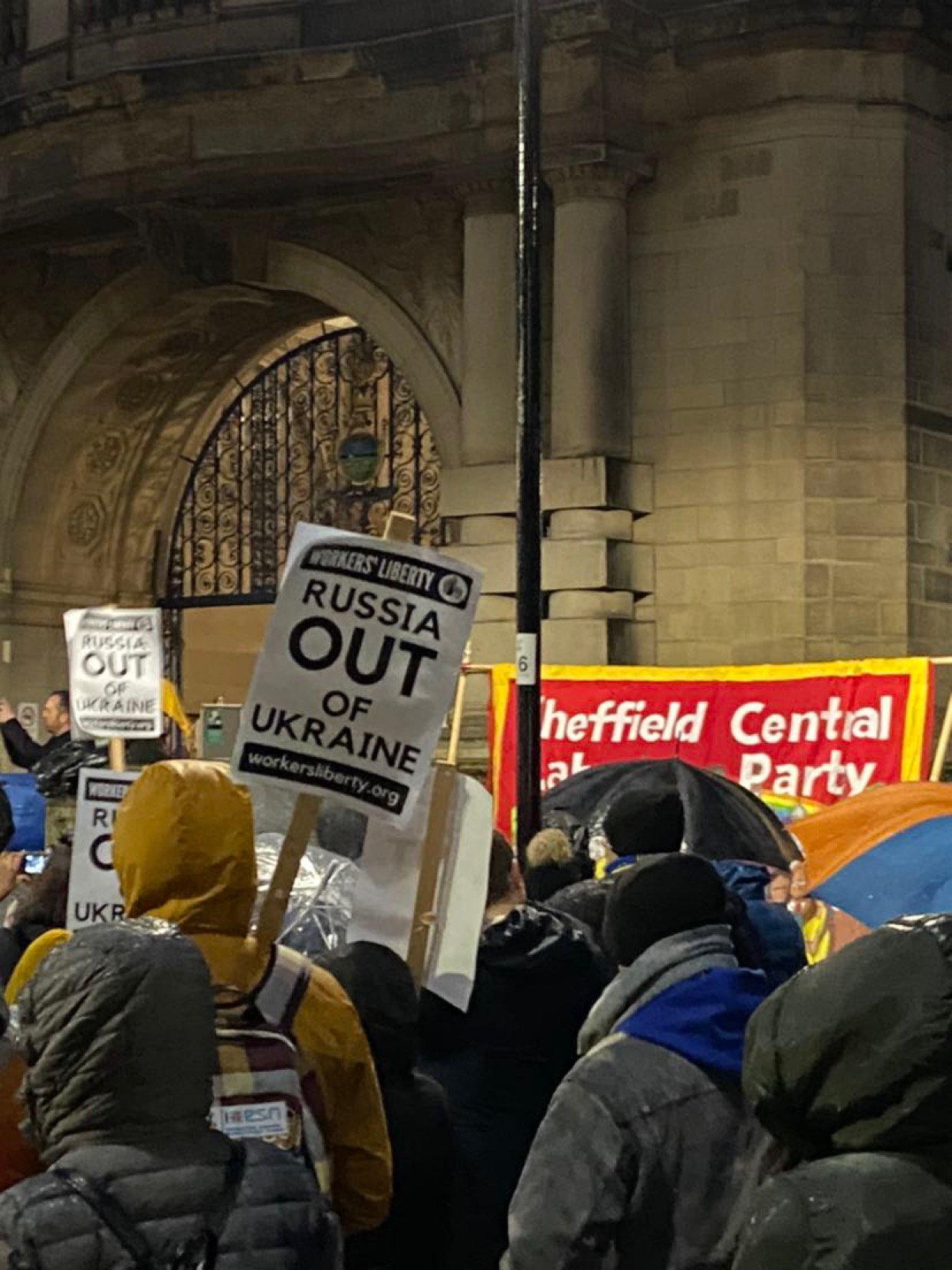 Protesters gathered outside Sheffield Town Hall on Monday evening to rally their support for people suffering in Ukraine.

Russian Troops invaded Ukraine early on Thursday with missile attacks on major cities and military bases across the country. Since then, more than 800,000 civilians have fled Ukraine, according to the UN.

The rally, organised by the Ukraine Solidarity Campaign, took place outside the town hall and included chanting and speeches. One speaker said “We are all here to stop Putin and his war.”

Despite the rainy weather “a couple hundred” protesters still attended the event with cardboard signs reading ‘We stand as One’ and ‘Stop Putin’. 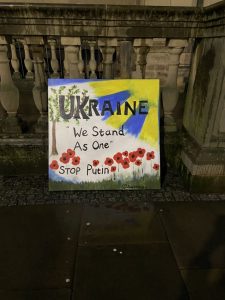 Ed, 34, a socialist based in Sheffield said: “Ukraine has a right to self determination.

“Nations should be able to govern themselves without being intimidated or bullied.”

Buildings across the UK, including Sheffield Town Hall clock, have been lit in blue to show support for Ukraine. Ukrainian flags have also been spotted hanging in solidarity.

He continued: “We want to promote solidarity with Ukrainians, we support their rights and national freedom.

“We also want to express solidarity with people who are suffering as a result of this war.”

In Russia, civilians are taking to the streets to protest Putin’s invasion of Ukraine. It has been claimed that over 2000 anti-war protesters have been arrested across the country.

Ed added: “To the many many thousands of Russian people who are taking great risks to protest against Putin’s war, we support you.”

Organisers suggested that anyone who wants to help the situation in Ukraine should attend rallies like this one, donate to the Red Cross and support the Ukraine Solidarity Campaign at: ukrainesolidarity.com