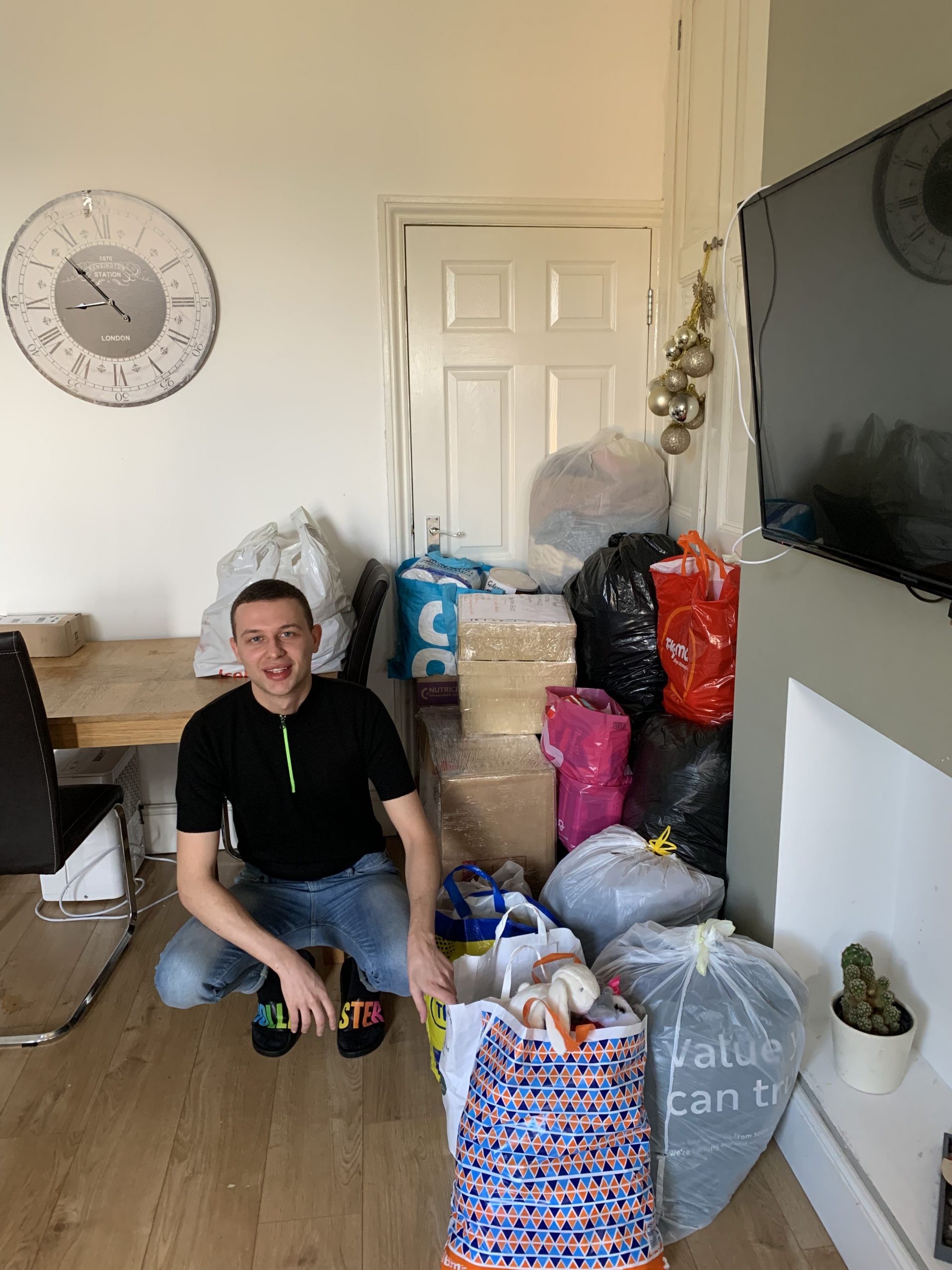 A Park Hill man has taken it upon himself to start his own collections after being deeply affected by the war raging in Ukraine.

Two days after the beginning of the Russian invasion into Ukraine, Wojtek Matuszak began the collections using his own house as well as using the East Midlands Railway (EMR) staff room, his place of work, to store the donations until transportation.

Some of his colleagues, who are from Ukraine, told him the suffering that there friends and relatives are currently going through in Kyiv.

Mr Matuszak said: “Their friends and family are currently hiding in basements with dogs and cats.

“Imagine your mum and sister crossing the border into the unknown with nothing on their backs.”

After getting into contact with close family friends in Hatfield, together they set up transportation to large collection centres in London which will then be transported to Zamosc, Poland.

Sanitary items are strongly recommended to be donated, but dry food, clothes and toys are also welcomed to the collection points. He has also set up a crowdfunding for those willing to donate money towards the cause.

He said: “It doesn’t matter what nationality you are, where you’re from, if somebody is in need you have to do something.”

He feels that he would rather the money come out of his own pocket knowing that the supplies he has collected will be donated successfully.

Mr Matuszak, of City Road, is working on bigger plans with hopes to open up larger collection points in industrial estates as well as emailing other companies to expand on the collections.

Now on day six of the invasion Mr Matuszak, 25, has been overwhelmed by the response he has gotten from social media and his local community with donations and support.

He also gave a special thanks to EMR and Olena Antill for their strong support in helping with the donations.

“I genuinely didn’t expect that many people to come forward and help,” he added.