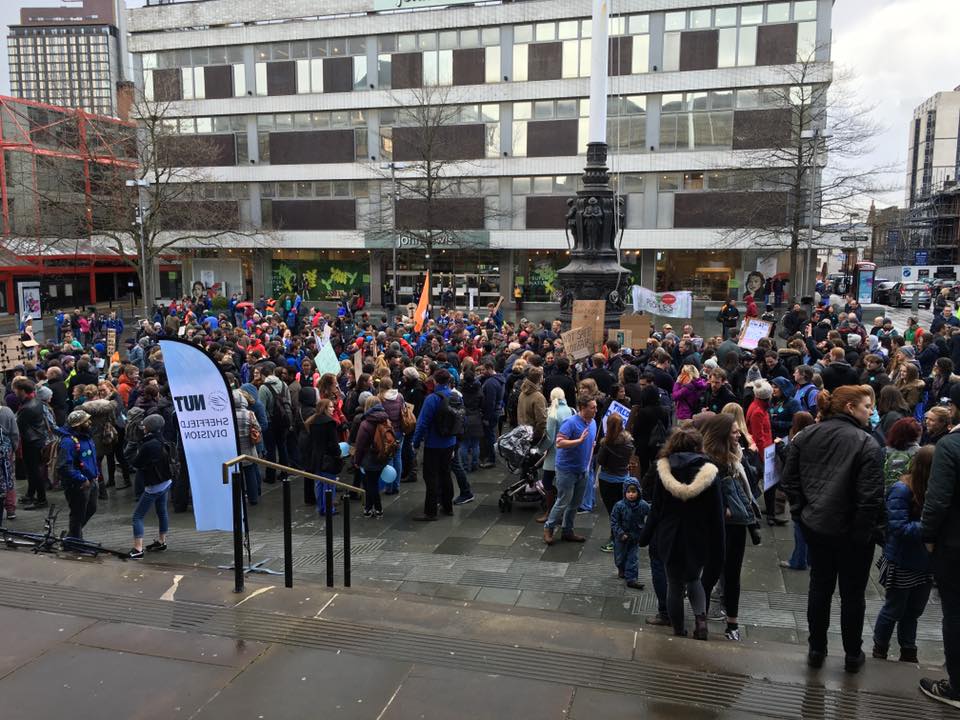 The rising cost of living has sparked nationwide protests that are due to occur this Saturday – including in Sheffield.

The We Can’t Pay protests are set to take place in cities across the UK, in response to the “outrageous” rises in the cost of food, housing, fuel, and public transport.

Carrie Hedderwick, a member of the Sheffield People’s Assembly, said: “Working people can’t take it anymore. This is absolutely shocking.”

She stated that the marches aim to increase visibility of the trade unions and communities, which are dedicated to “effective action” in the face of cuts and closures.

The People’s Assembly Against Austerity was founded by members from multiple sectors in 2013, as a response to the closures and cutting of essential services that occurred after the coalition Government came into power in 2010.

As local councils were faced with reduced budgets and limited power, The People’s Assembly was set up with national and local groups following a conference in London, and has only grown since its founding.

The We Can’t Pay protest is yet another display of how powerful local trade unions can be nationally, with the first wave of protests, which took place on February 12, garnering national attention after being discussed on the Channel 4 series Gogglebox.

Ms Hedderwick said: “Nothing works on its own. One person is not going to make the difference. Trade unions and collective action is absolutely the key to changing anything.”

The protests, which take place in over 20 cities across the UK, including London, Manchester, and Cardiff, also plan to occur for a third wave on April 2nd.

In Sheffield, the rally will begin at 12pm on March 5, with groups assembling at SADACCA, 48 Wicker, and St Mary’s Church, Bramall Lane, to march down to City Hall.