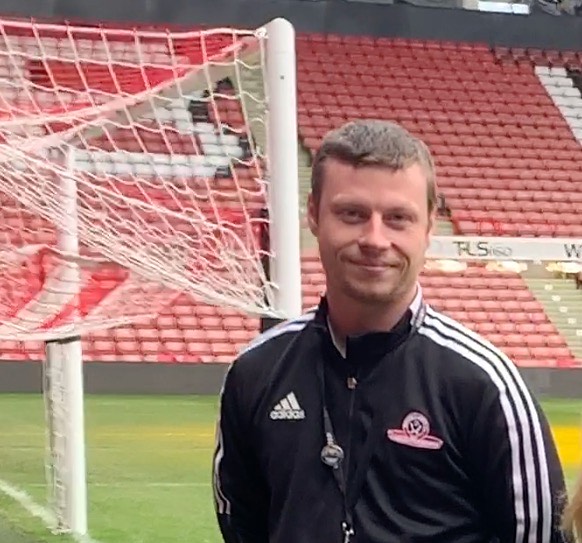 A charity coach has said the rewarding nature of his job keeps him motivated, as he helps local children enjoy sport.

The Sheffield United Community Foundation (SUCF) held its annual February half-term holiday camp last week, to give children the chance to play football in a fun environment, and learn valuable life skills in the process.

Ash Ibbotson, School Sports Coordinator for the charity, has been involved with the holiday camps since they began in 2008.

He said: “Over the years we have seen camps help people in different ways.

“We have had participants who have suffered with anxiety and have seen them grow as a person during their time on camps. They have made new friends and have since joined a junior football team due to their experience on our football camps.”

The SUCF became a registered charity 14 years ago, and Mr Ibbotson has cited this as the turning point in giving local children these opportunities.

The camps help to improve children’s mental and physical health.

Mr Ibbotson said: “The fact the job is rewarding is a big help because seeing the difference the football camps can make to a participant, whether that’s mentally, physically or socially, is a big motivation to keep you working to a high quality.

For their football camps, the SUCF offer four venues, each with mixed gender sessions. At two of the venues, they also provide a girls-only camp.

When he was young, these sorts of initiatives did not exist.

He said: “I started volunteering as I wanted to give the children in Sheffield the opportunity to play football in a professional environment away from a school setting as this is something I never got the chance to do when I was their age.

“I can’t ever remember seeing the opportunities to attend football camps during the school holidays like there is today.”

February can be a difficult holiday camp for the SUCF to run, with two venues close to other counties, in which half-term comes a week later.

Mr Ibbotson also said the cold weather is sometimes difficult to negotiate, especially for children as young as five.

However, he said the camp last week ran smoothly, and looks forward to more camps in the future.