“Get your grubby hands off Ukraine”: Protestors gather outside Sheffield Town Hall. 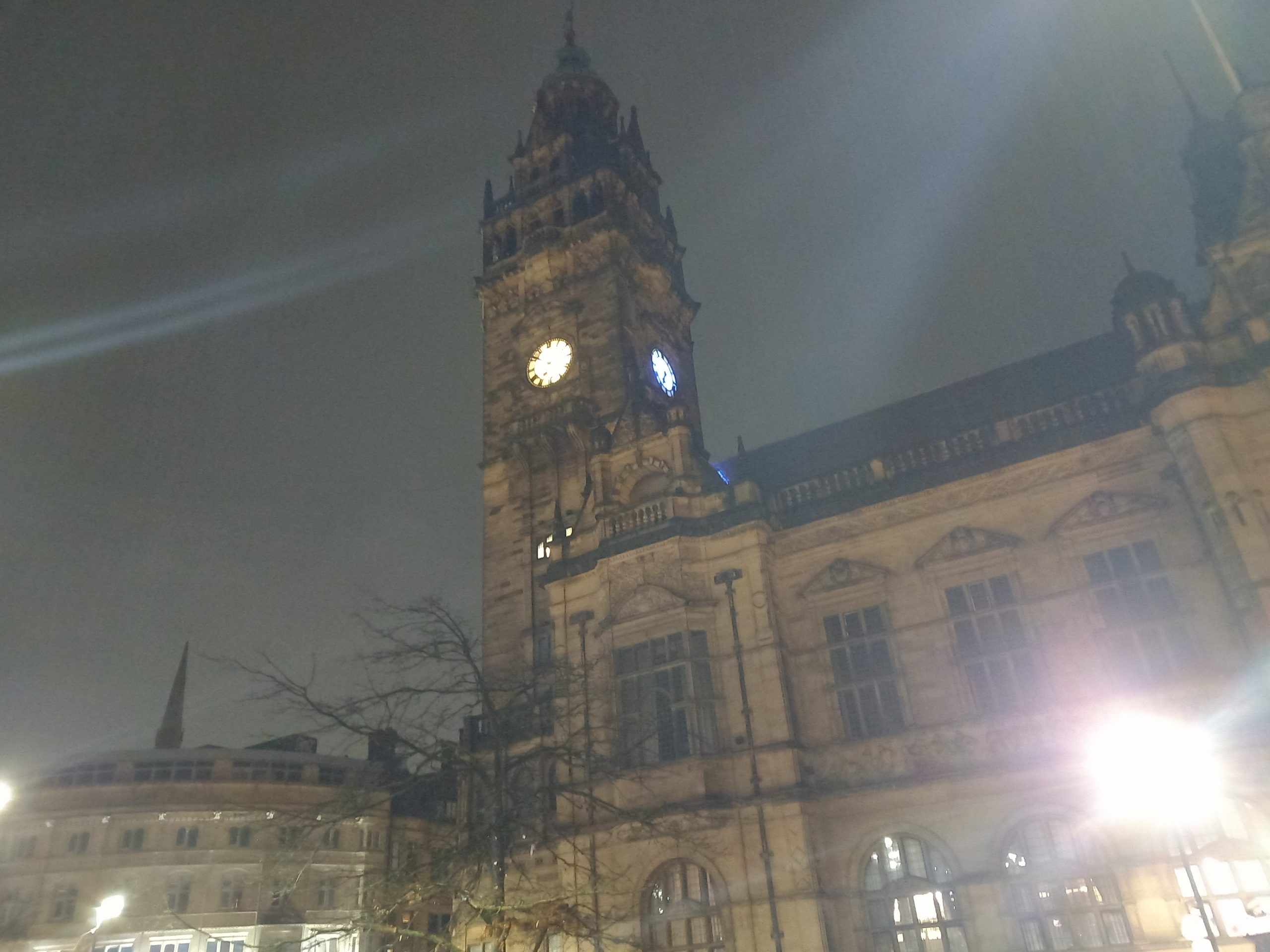 Hundreds gathered to show their support for Ukraine last night as Sheffield Town Hall was once again lit up blue and yellow in solidarity.

Amongst those who braved the weather were Ukrainians, students, councillors and residents.

This was met with loud applause and cheering from the crowd, Coun Miskell added: “Ukraine is a sovereign and peaceful nation.”

Denys Kozhushchenko, a 37 year old Ukrainian national, who lived in Kyiv for 10 years and originates from the Luhansk region, spoke about how he and his wife felt upon hearing the news of the Russian invasion:

“I just sat on a chair and waited for a moment, tried to gather my thoughts.

“I honestly didn’t know how to tell her what happened.”

Mr Kozhushchenko shared a picture of his grandparents, who are currently living in the recently occupied town of Svatove.

He spoke about how they had sent him information of where there important documents were hidden which he had to promptly delete from his phone so that only he would know where to find them if anything were to happen.

The demonstration was the second within the space of two days, Mr Kozhushchenko said: “Five of us originally started it, and hundreds of people showed up.

“Its really powerful, its helping.” 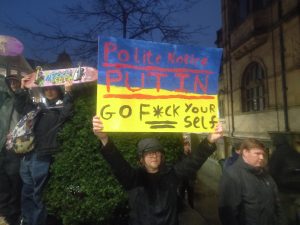 Demonstrations have been going on world-wide in light of Russia’s invasion of Ukraine, which has currently been going on for nearly a week, demanding support for the Ukrainians that are suffering at the hands of Russian aggression.

The calls for action are being heard and actions are being taken, as the EU have decided to send weapons directly into Ukraine, and Germany have announced a military spending increase of over 1 billion euros.

The general consensus from the British public appears to be that our government is not doing enough.

A trade unionist spoke about the Conservatives refusal to waive visa requirements for all Ukrainians, saying: “That’s not solidarity, that’s barely even humanity”.