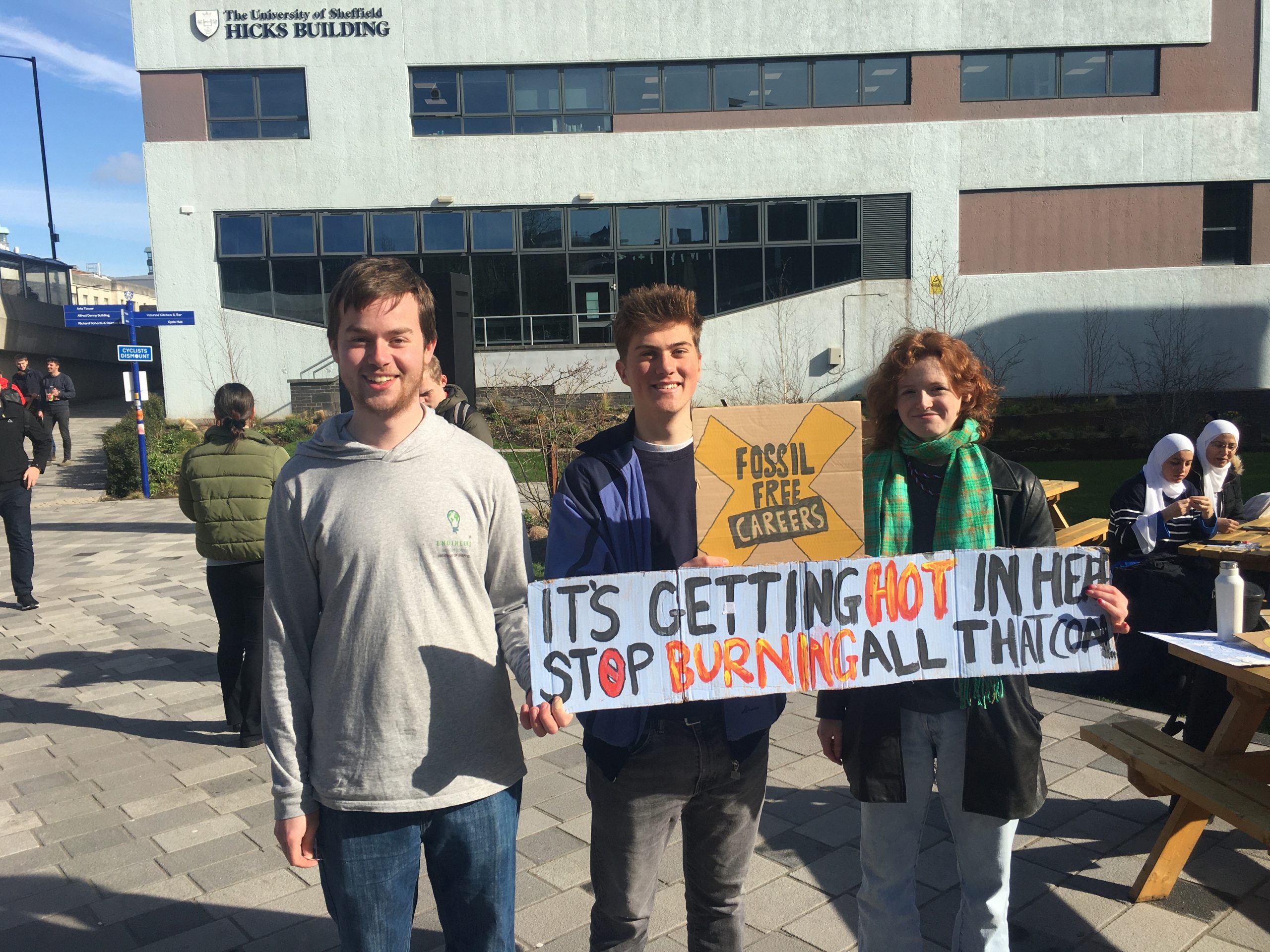 People and Planet Sheffield have today been campaigning against the inclusion of fossil fuel companies in the university career service.

Outside the Student Union building, People and Planet Sheffield, a regional strand of the UK wide campaigning network, are continuing to call for action.

Raising awareness for their petition, they are pleading for the University of Sheffield career service to cut all ties with oil, gas or mining companies.

Dominic Meeks, 21, a third year biology student campaigning for People and Planet Sheffield, said: “This is urgent as anything.

It’s all about sending a message to these companies saying that they can’t continue their predatory actions.”

People and Planet Sheffield have a list of around 200 companies they believe to be running unethically from an environmental standpoint.

Explaining how many of these companies have “rebranded to green”, Mr Meeks said: “No. We can see through those lies. Fossil fuel companies only ever been interested in the profits of selling gas and oil and they’ll continue to do so until they’re forcibly stopped.”

They are working with other committees such as Engineers Without Borders who run green careers fairs, helping engineering students find environmentally ethical and sustainable jobs after graduating.

Talhah Azher, 19, a first year journalism student at the University of Sheffield, said: “It’s vital we move away from fossil fuels.

“Many of us acknowledge it for a moment but then simply go about as normal but it’s important that we actively try and reduce the use of fossil fuels so I suppose I support the campaign.”

The petition has already gained 170 new signatures today, due to the efforts of those campaigning by the SU building.

Having seen other universities make this step already, Mr Meeks said: “We basically need to stop the cycle.

“We feel it’s morally irresponsible for the university to be giving these companies a platform both for the students and the planet.”

To learn more about the groups, you can find them on twitter at @EWBSheffield and @PandPSheffield.

The University of Sheffield are yet to respond