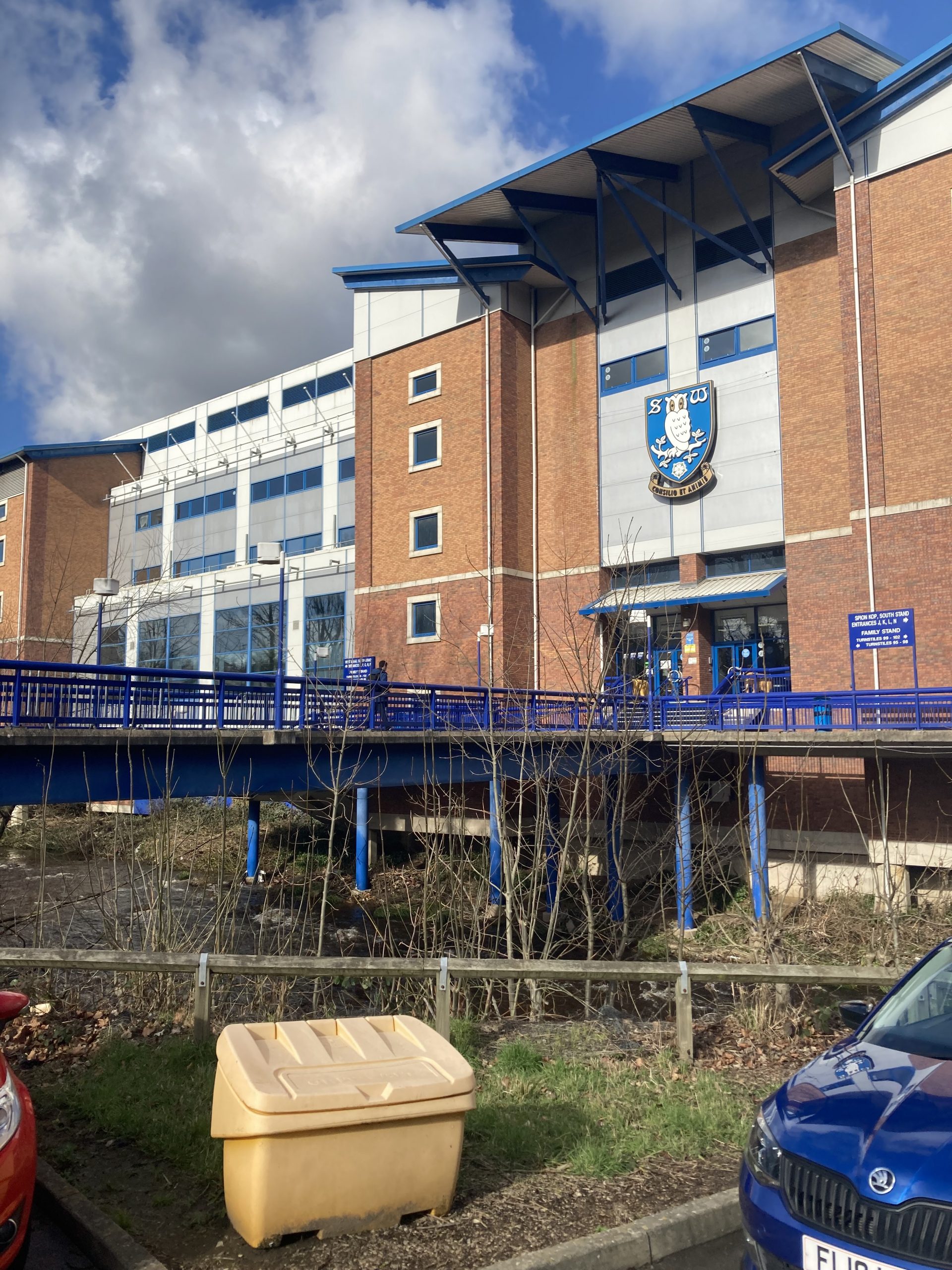 Sheffield Wednesday has announced that their game with Charlton tomorrow at 3pm is on despite storms and flooding of the River Don close to the stadium earlier in the week.

People in Hillsborough and Sheffield Wednesday fans have said they are delighted that the game can go ahead on Saturday as the club is at the heart of the Hillsborough Community.

“If the game wasn’t on, its not just the fans that suffer but also the club as a match day is so important for the clubs income.”

There was a fear that the game could be called off after flood warnings were still in place on Monday, however the ground staff and stadium operations were able to keep the ground to FA standards for the game to go ahead.

Billy Johnston, 18, Student at the University of Sheffield and a Wednesday fan said: “The game has a huge impact both for the team and the fans as more cancelled games means the sense of community is lost.

“It also means a lot for local businesses as many of them rely on matchdays for a big part of their revenue.”

It is not only fans that are excited for the game but also local businesses are relieved that the game is able to take place.

Jonathan Clayton, 39, acting manager and chef of The Riverside Café and Bar in Hillsborough said: “On match days we really love the fans and they are very loyal to the café and the club.

“A couple weeks ago a match was postponed but the fans still came down and supported the café.

“We were so thankful for them coming down even when the match was postponed.”

Gemma, 31, manager of The Riverside pub in Hillsborough said: “There is such a positive impact, our income increases by a lot when there is home games, it gives people jobs”

“It’s brilliant that the game is on, we will be open from 10am right up to 1am.”

A large crowd is expected to support the Owls as they look to push for the playoffs.