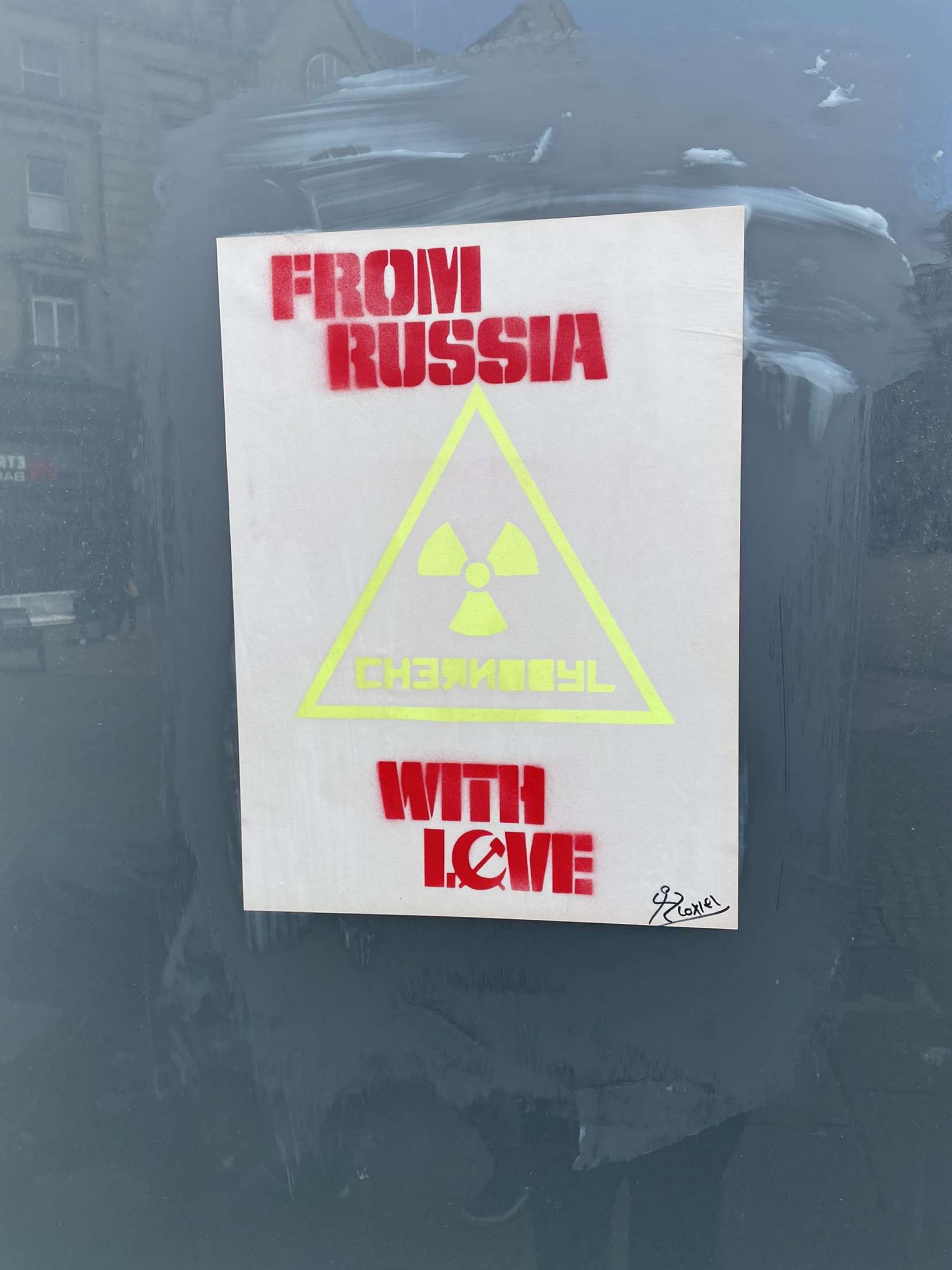 A Sheffield street artist has created his own protest against Russia’s aggression towards Ukraine with new city-centre artworks.

Robin Loxley, who styles himself as ‘the artist for the people’, has put up artwork reading “From Russia With Love” and “Chernobyl” on Fargate and Barkerspool Sheffield.

The art was displayed around 12pm today across windows of what used to be the Yorkshire Bank.

Mr Loxley said: “The meaning is open for others to interpret how they wish but there is nothing loving about their (Russia’s) actions.

“I think sarcasm is sometimes a better form of expression.”

He added: “At least it will make people consider a thought for the people of Ukraine.”

The Sheffield-based artist has become notorious for his mystery identity and profile coinciding with his artwork and social media profile.

He said: “I have my own thoughts. I admire Banksy’s work, he’s a good guy but I do my own thing.”

As the situation in Eastern Europe intensified Loxley said: “Nobody likes a bully.”

Part of his inspiration behind this piece of work is due to Sheffield being the twin City of Ukraine’s Donetsk. Mr Loxley said he believes his artwork shows Yorkshire’s support for the country.

Many members of the public were taken aback at first sight of the art and failed to understand its meaning.

With the conflict in Ukraine seeming to become more severe, Mr Loxley said he thinks it’s important that people are aware of the situation and can feel sympathy towards Ukraine.

He would like people to see his work “as a statement, how big or small. I’m only a butterfly in a world of butterflies, my wings wont change a thing”.

He has decorated Sheffield with his art before and also conducted treasure hunts for big cash prizes across Sheffield.

You can become more aware of treasure hunts and his work by following his instagram @outlaw_robinloxley.