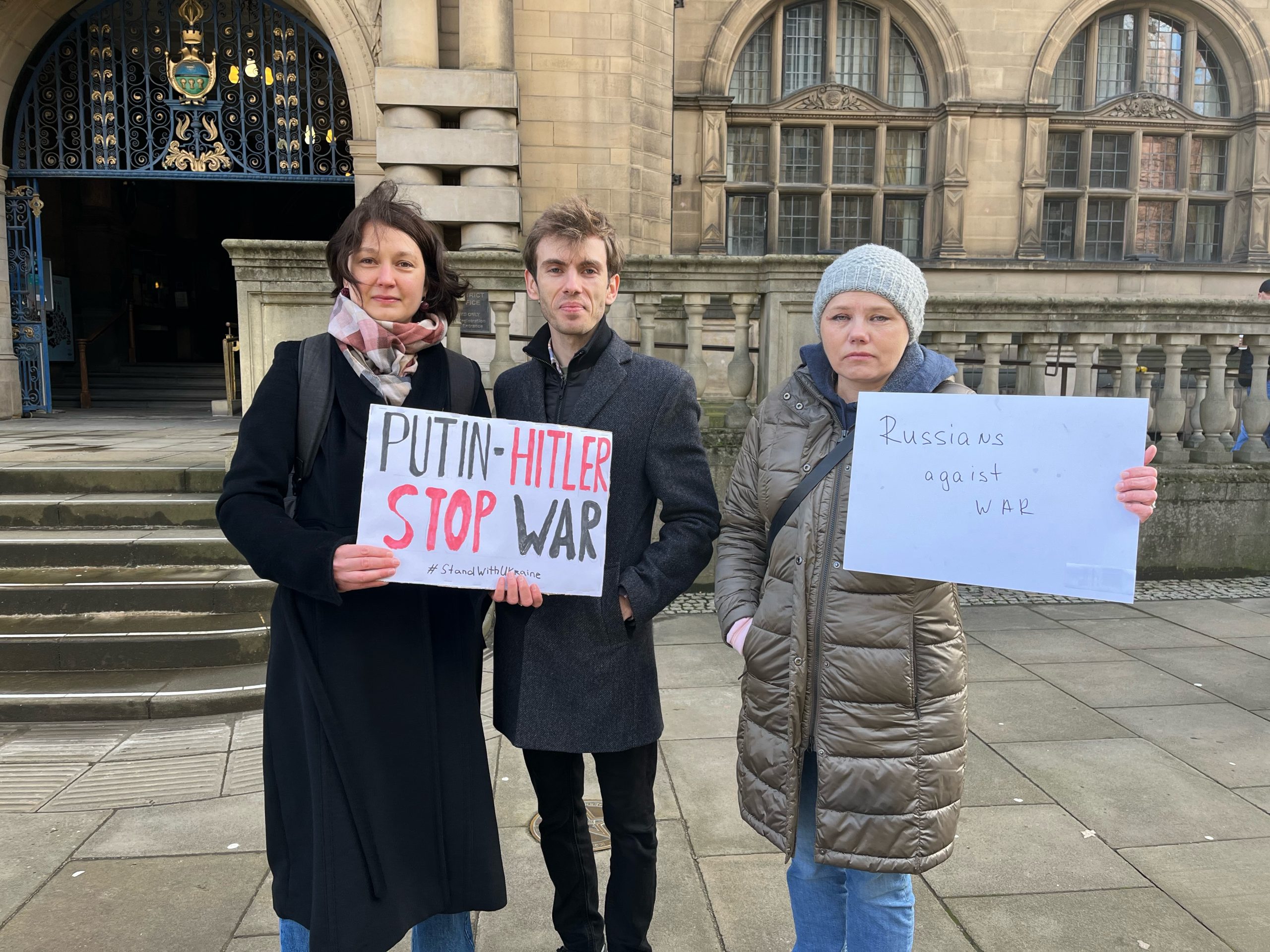 Sheffield Ukrainians were joined by a Russian protester outside as they condemned Vladimir Putin’s unprovoked attack.

They gathered outside Sheffield Town Hall on Friday February 25 to call for an end to the aggression.

Mrs Mandrik, a researcher at the University of Sheffield from Ukraine, said: “I stand for my country and I ask the UK to support our country and to stand against the war.

“This is how the second world war started and that’s the step forward to the third world war. If we don’t act together now, we’re doomed.”

In the early hours of 24 February, Russia invaded Ukraine after days of tensions. Kyiv, Ukraine’s capital, was the first to be attacked with residents waking up to explosions and fighting has since spread to other parts of the country.

At least 130 people have died and a further 300 injured since the attacks began, according to Ukrainian President Volodymyr Zelenskiy.

People from across the world have expressed disbelief and anger, with hundreds joining together in anti-war protests, including in Sheffield. A protest was held at Sheffield Old Town Hall the day after attacks commenced to show support. It was organised by Vitalii Yalahuzian, a second-year journalism student at the University of Sheffield and whose family is still in Kyiv.

Mr Yalahuzian urged people to join the protest to show support and solidarity for the people in Ukraine. His sentiment was repeated again at today’s protest.

Irena, 50, grew up in Soviet Russia but condemns Russia’s attacks on Ukraine.

She said: “I do not support any aggression over Ukraine and I know a lot of Russian people agree with me.”

Irena, who has been living in the UK for 15 years, also added that the Russian people are oppressed and “cannot go and say what they think.” Russians participating in anti-war protests in Moscow and St Petersburg have been arrested by the police.

Mandrik, Dmytrenko and Inayat urged people to show their support by joining protests taking place all over the country and  share resources to help those affected. Sheffield Town Hall is to be lit up with the colours of the Ukrainian flag tonight to show support.