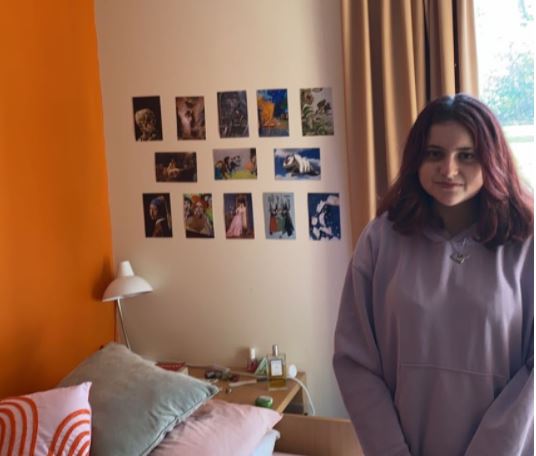 A second student accommodation in Sheffield’s Endcliffe Village has been subject to water damage and light flooding, as some students in Curbar Apartments have been forced to move.

Since early February some rooms have had heavy leaks coming from the ceilings, soaking beds to the point where some students have had to sleep on inflatable airbeds.

Most of the leaking appears to be due to damage from the roof, seeping down blocks B and C.

Neighbouring accommodation Derwent has recently been evacuated due to flooding and safety concerns, displacing nearly 200 students, and many problems are being linked to Storms Eunice, Franklin and Dudley.

One resident of Curbar, Layla Farokhi, from Portsmouth, commented on the situation: “It’s obviously not an ideal situation. I would say the room is still inhabitable, but I am worried if there are any future storms.

“It would be nice to have a little more transparency from those in charge of accommodation but I understand it is a tricky situation having to deal with multiple buildings at a time.”

It is unclear as of yet when Derwent students will return from their temporary accommodation, and whether they will be reimbursed for the expenses of moving closer to the city centre.

A spokesperson for the University of Sheffield, Amy Huxtable, has said :”We would like to thank our students for their patience and cooperation. Our maintenance team is working hard to repair the problem which has been caused by recent severe weather.

“We are doing everything we can so that students can return to the building as soon as possible and will continue to keep them updated.”

Storm Eunice caused major disruptions across the whole of Sheffield, including the train station, where many cancellations and delays took place to destinations like Leeds, Manchester and most of Scotland.

A second student, Adam Niles, 19, from Altrincham, said : “The leaking is definitely not as much of a problem as previously seen. I was offered temporary accommodation, but didn’t feel it was necessary to move.

“If the situation is going to get worse everytime it rains, then being in Sheffield is not going to be very helpful considering the usual weather conditions.”

Anyone in the University of Sheffield’s Endcliffe Village experiences problems with their accommodation, they should contact accommodation services through accommodationoffice@sheffield.ac.uk.