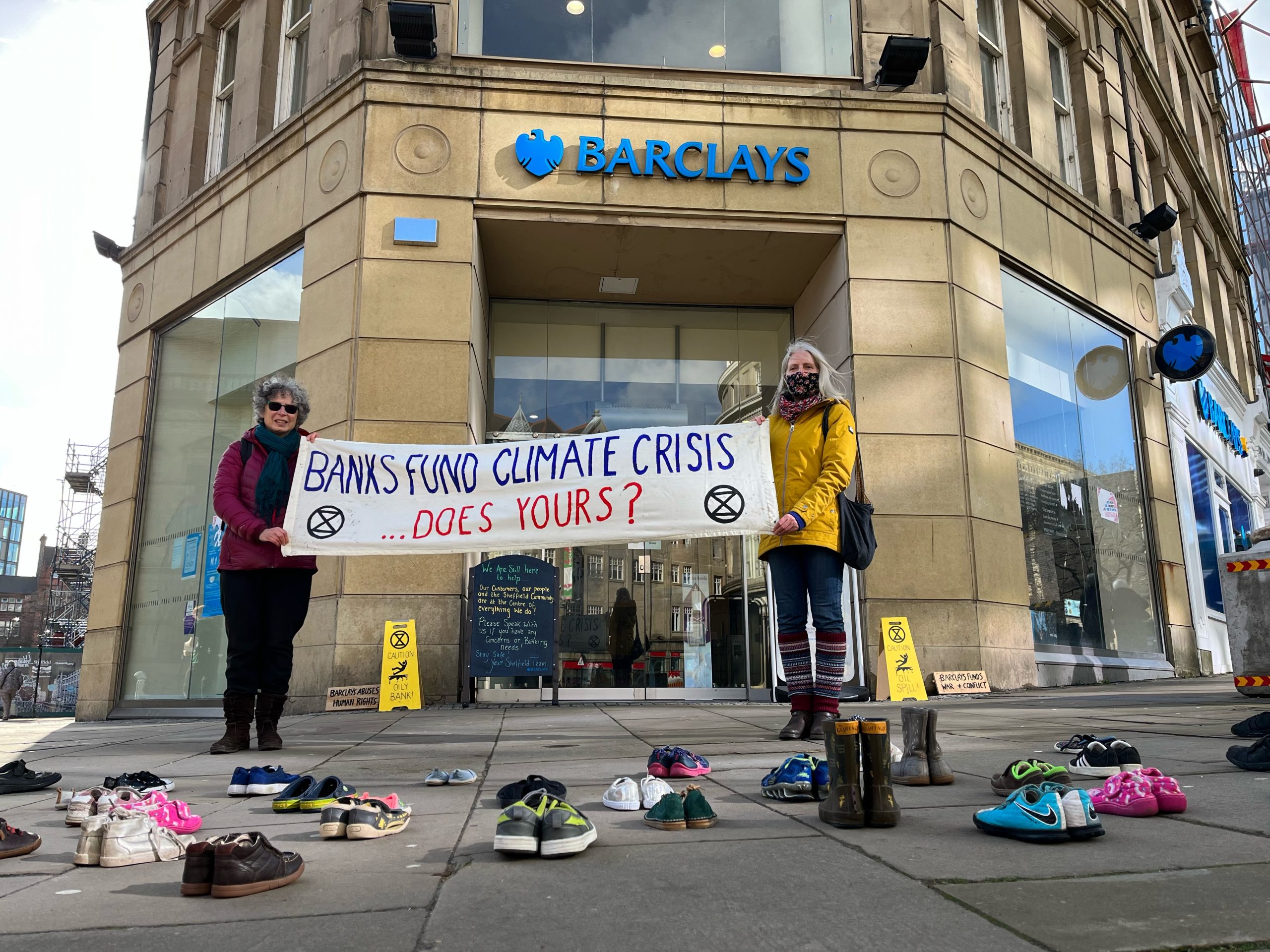 Children’s shoes have been laid outside Barclays bank in Sheffield by protestors, to represent the young lives which will be lost due to climate change.

Extinction Rebellion protestors have been campaigning outside the branch in Sheffield City Centre since Monday.

The movement, named ‘Better Than Barclays’ comes after the bank was accused by protestors of funding fossil fuel and fracking industries.

Jenny Herman, 27, one of the protesters, said: “Last year alone Barclays gave $4.5 billion to fracking industries even after they became part of the ‘Better Green Banking Group’.

“We want to make sure people know where their money is going and what it is being used for.”

On Friday 25 February, protestors used children’s shoes as a prop in their campaign.

Steph Howlett, 70, said: “The shoes are to symbolise all of the children who have already died, or will die as a result of climate change. It will be millions.

“Our main demand is that the fuel industries tell the truth. They pretend this is not happening and they must act now to turn it around and build it into everything they do.”

The protesters aim to finish their protest on Saturday, by handing in a letter to the manager of the bank.

The campaign includes protesters handing out leaflets, a samba band and a vigil by the Christian Climate Action group.

A large factor in the campaign is the impact that climate change will have on future genertions.

Janice Brown, 67, another protestor, said: “I have two daughters and two small grandchildren and I am very worried about the future state of the planet.

“My main driving force was thinking if my grandchildren ask me in ten years time ‘you knew about this, what did you do about it?’, I want to be able to say I did what I could at the time.”

Protestors are handing out leaflets which give Barclays customers instructions on how to switch to greener banks.

As well as Extinction Rebellion, the movement is also backed by Sheffield Greenpeace, Sheffield Friends of Earth, and Justice Sheffield.

The branch, located on Pinstone Street, has not made a comment on the protests.