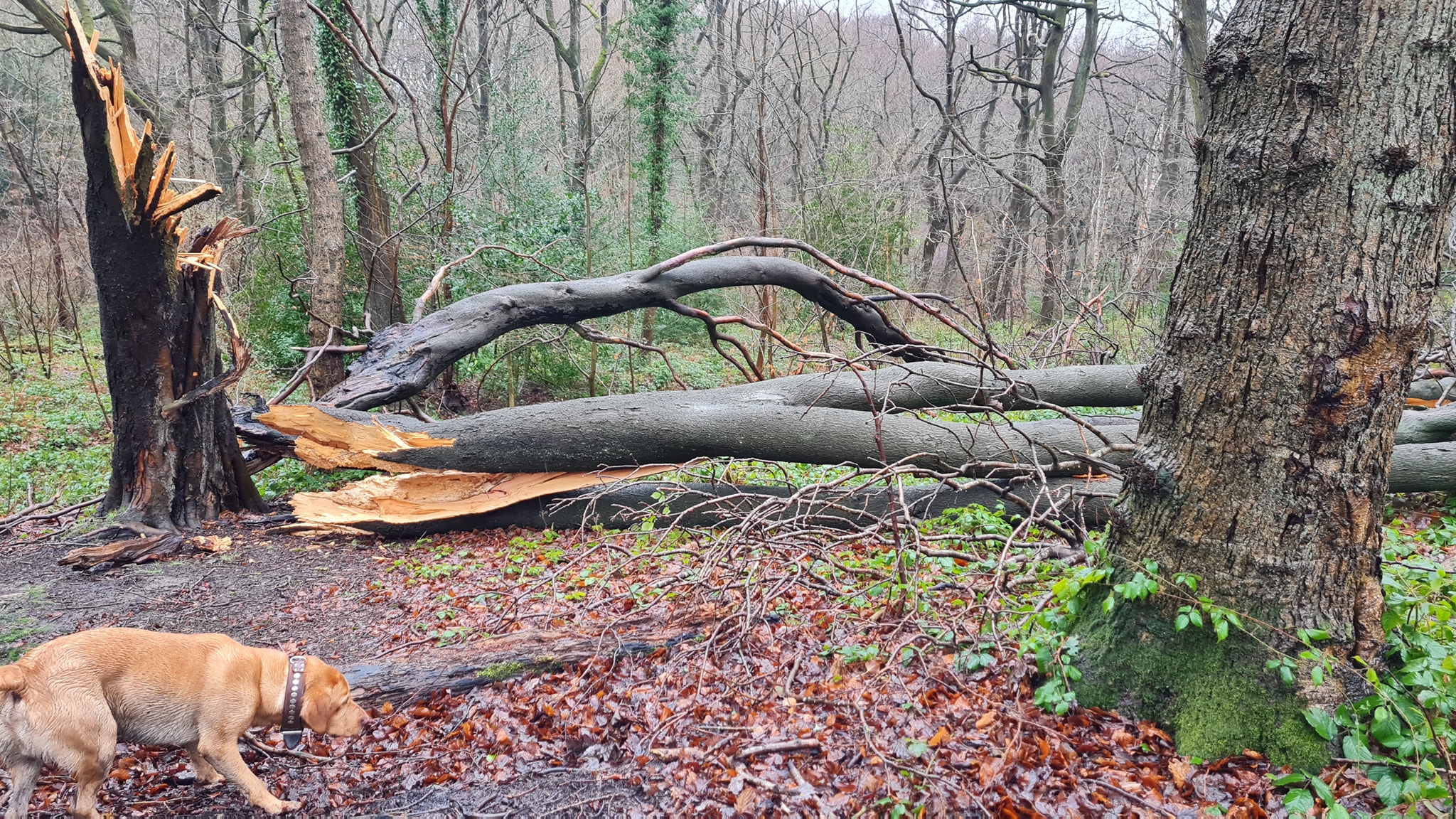 Residents have raised safety concerns in the Gleadless Valley after a brook located behind Blackstock Recycling Centre, flooded to heights they have never seen before.

Meers Brook, which is a popular spot where children play, was flooded at the weekend leaving debris covering the public footpath. The water levels were so high they covered a footbridge connecting the path to the tip.

James Hindle, 41, a local photographer who captured the floods on Sunday morning said the water levels in the brook rose to around 8ft.

He added: “When we were kids, we used to play in it and it would only go over our shoes and never higher than that.

“Half of us used to go through one end of the tunnel and the other half the other end, and play tig. It’s pitch black inside, but big enough to stand up to give you an idea of how deep it is as now you can’t see the tunnel at all.”

The photographer also took a video of the area of the floods, before posting it on the community page for Gleadless Valley.

He said at the weekend residents were worried the tip would be flooded.

The high water levels in the vicinity of the tip on Blackstock Road were caught on video.

Mr Hindle said: “There isn’t much pavement on the walkway and it’s quite narrow so it is easily flooded.”

Resident Pat Merrick stated: “The old paths allowed water to seep through to the ground, never seen it like this before in 35 years.”

Trees in the area were also damaged and some were felled by the gale force winds.

Sheffield City Council has been dealing with flood damage all over the city, including on: Meadowhall Road, Worrall Road, Weedon Street and Bradfield Road.

The council has apologised for delays in responding to incidents.