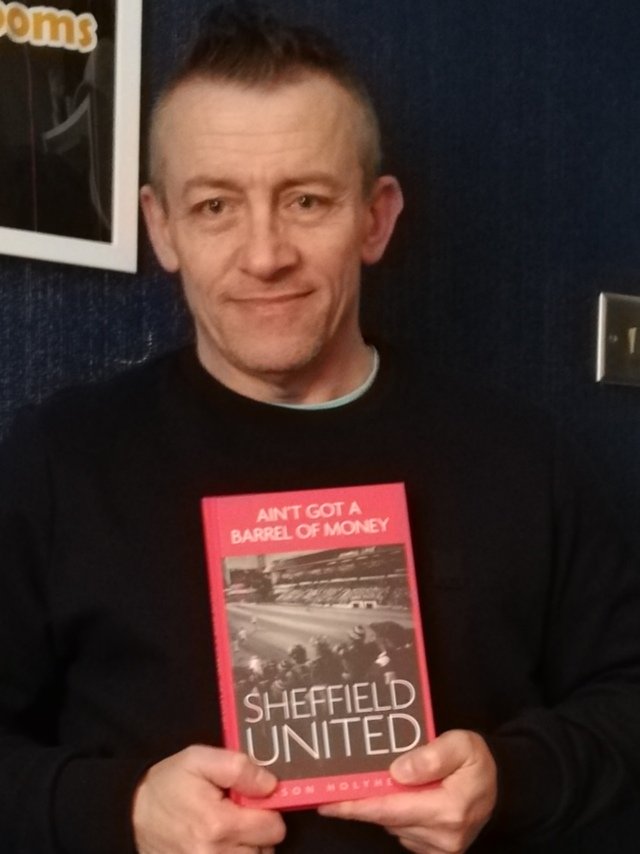 A blades superfan has achieved one of his lifetime ambitions by making his debut for Sheffield United with his book “Ain’t Got a Barrel of Money”.

The book looks back at a time when Sheffield United were one of the best football teams in the land with some of the greatest players, and a short time later when it all went wrong.

Jason Holyhead, a father of three from Hackenthorpe, said he wrote the book for the “love of writing and a love of Sheffield United”.

The 51-year-old went to his first United match at 10 and has followed them ever since.

He also said he wrote the book to “remember the players who are getting old” and to “keep the past alive”.

The title of the book “Ain’t got a barrel of Money” is based on an old wartime song “side by side” by Harry Woods.

The song was sung by United fans and coined to include the names of their best players Alan Woodward and Tony Currie.

The book is filled with anecdotes and memories from many of those who were there, both on the field and on the terraces and captures the highs and lows of being a Sheffield United fan.

He said: “The book started as a blog piece and grew and grew into what it is today.”

Mr Holyhead works at an insurance company and is a former trade union official and equalities officer.

Jason Holyhead’s book “Ain’t got a barrel of Money” will cost £16.99 and is available to buy at Amazon, WHSmith, Hive, Waterstones, Buy E-Book, and A Great Read.