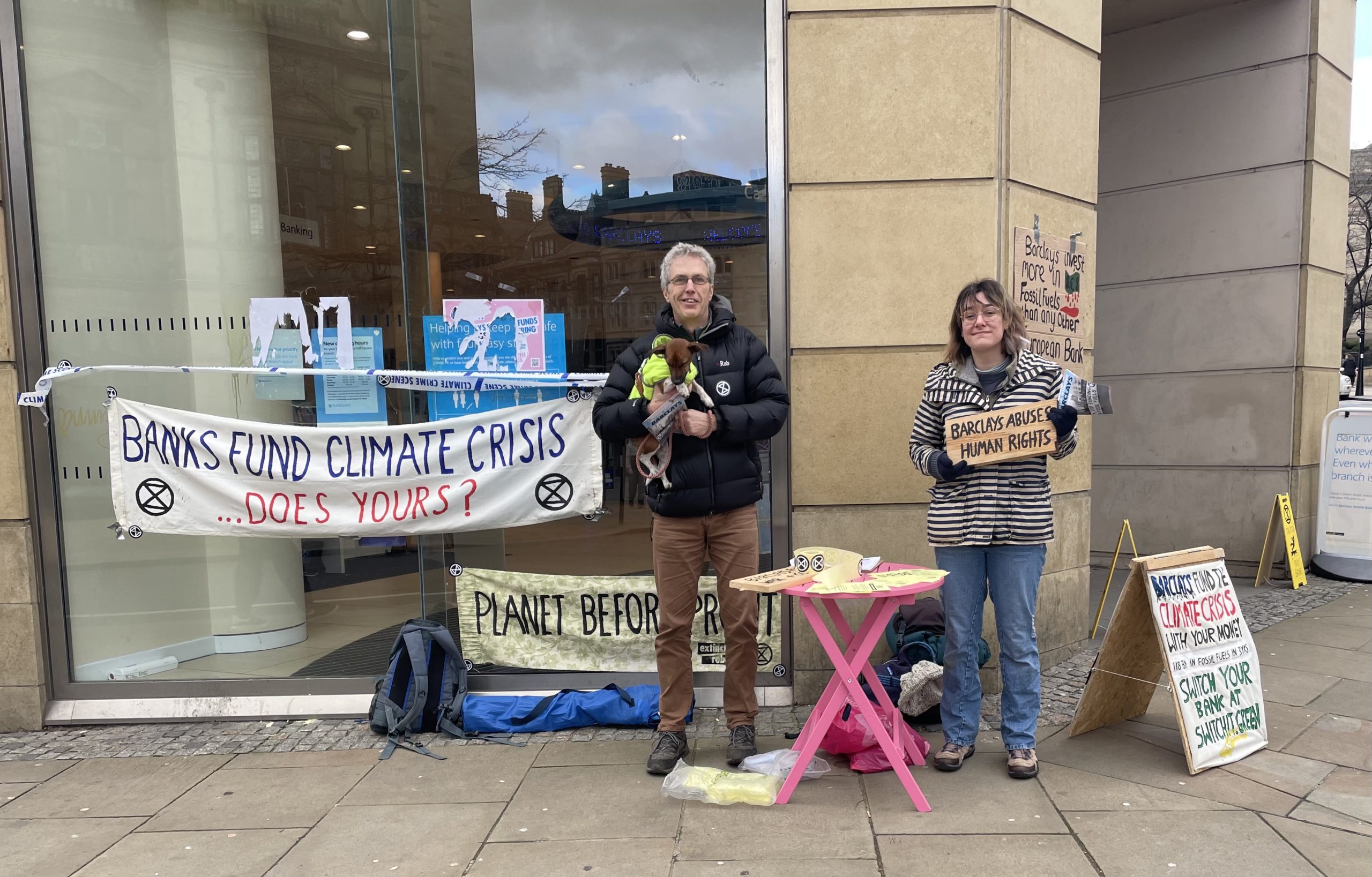 Members of Extinction Rebellion and XR Youth have joined forces to protest against the practices of Barclays bank in Sheffield City Centre.

The protest, which takes place all this week on Pinstone Street, will include theatre performances, silent protests and a samba band.

The ‘Better without Barclays’ movement has sparked protests all over the country due to Barclays’ alleged involvement with funding fossil fuels.

Barclays are the biggest financier of fossil fuels in Europe putting 145 billion into the industry, According to Market Forces.

XR Youth spokesperson, Jenny Herman, 27, a PHD Student said: “We will be out everyday this week so people are aware of the fossil fuel funding from Barclays and where their money is going.”

“Barclays is one of the worst banks for investing in fossil fuels and people aren’t always aware.”

Members of Extinction Rebellion are urging the public to switch banks and find out more about ‘green banks’ using the website switchit.green.

Extinction Rebellion spokesperson, Ian North, 54, Retired said: “We are spreading awareness of Barclays funding of fossil fuels. Other banks aren’t doing this, so why are they?”

“Climate change is happening now, not a couple of generations in the future, it is now. It will impact all of our lives.”

A Barclays spokesperson said: “We are one of the only banks globally investing our own capital – £175m – into innovative, green start-ups. By deploying finance in this way, we are accelerating the transition to a low-carbon economy and will become a net zero bank by 2050.”

Extinction Rebellion demands that the UK must legally commit to reducing carbon emissions to net zero by 2025.