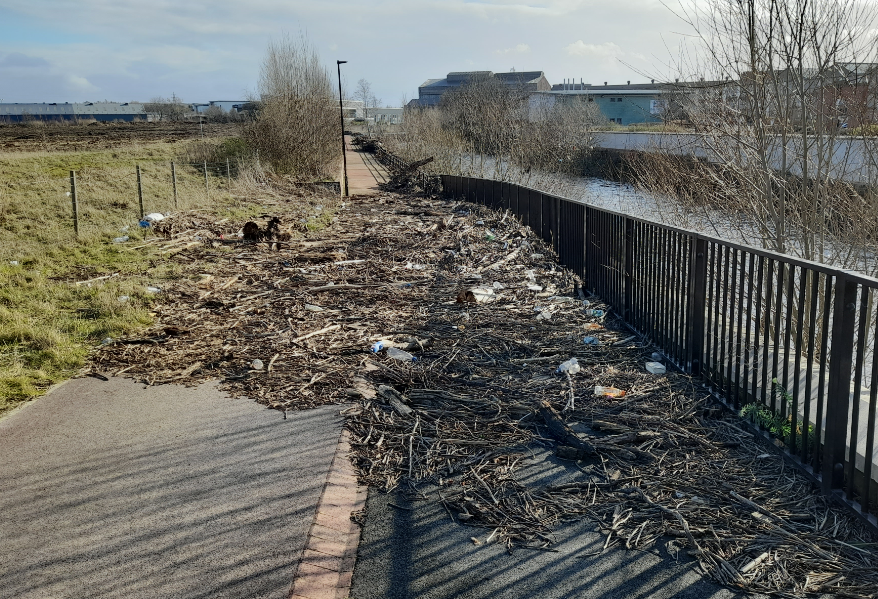 A business owner has praised Sheffield’s £20 million flood defence scheme after his company survived a battering by storm Franklin at the weekend.

Flood alerts were issued on Sunday with the River Don edging nearer to its banks in a horrific scenario that seemed eerily similar to the floods of 2007, which saw two people die and £30 million of damage to nearby Meadowhall.

Tony Dow, 58, who works at Champion Hire, on Roman Ridge Road, spoke highly of the defences and said in response to the minimal breaches: “I was very surprised that it actually got through the defences.”

In 2007, his place of work experienced severe damage with around 18 inches of water in the building which took days to clear.

Mr Dow said: “You could see the watermark 18 inches high and Brightside Lane was basically a fast flowing river.”

Caroline Pratts, who lives locally to Meadowhall said: “It was not nearly as bad as the last flood… Meadowhall hasn’t flooded and it wa 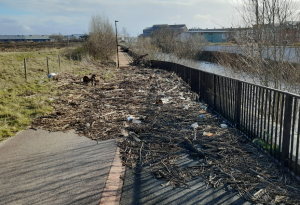 Debris and litter could be seen strewn across the banks of the river Don with bottles and bags caught in trees alongside and within the river, but no buildings were harmed this time around.

One section of the Five Weirs Walk (pictured) is currently blocked with a thin layer of litter and sticks, all thrown up by the river on Sunday.

This seems to be the extent of the damage for the Meadowhall area.

Following the floods in 2007 600 one-way valves on drains were installed and Meadowhall shopping centre added a further £2 million investment on its own defences.

Around 90% of firms in the area also signed up for a flooding alert system.

These precautions have since withstood multiple flooding scares including one in November 2019, which supposedly saw equivalent river levels to 2007.