South Yorkshire police’s furry heroes celebrated for work in the community this week. 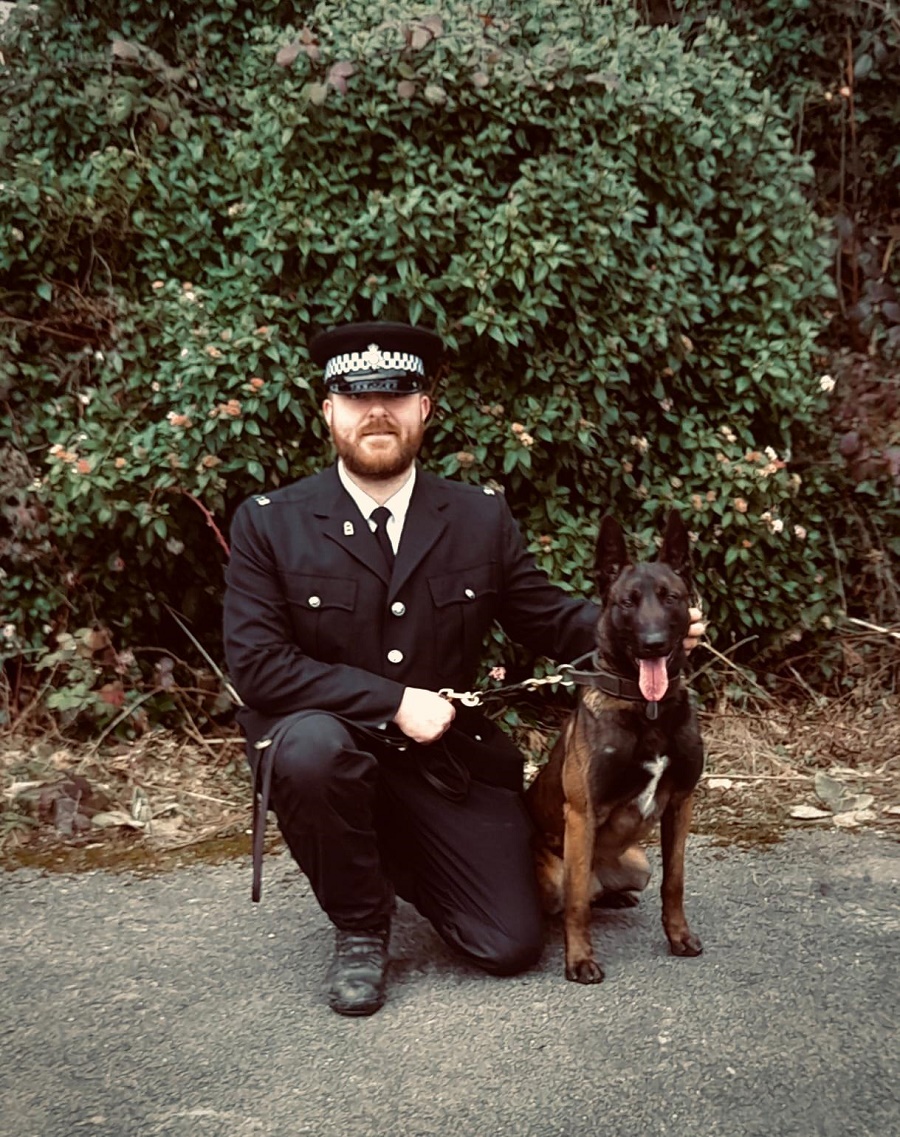 A stray dog picked up off the streets has earned his place in the South Yorkshire Police force after graduating from his training course.

Fifteen month old Buzz’s life has drastically changed for the better in the past six months working hard as a police dog after officially graduating on the 4th of February.

After being neglected by his previous owners, Buzz was found roaming the streets of Bradford and was sent to Cliffe Kennels in Barnsley where dog training instructor PC lee Scofield discovered his potential.

PC Lee Schofield said: “Buzz as well as clearly being physically impressive showed he had the high levels of drive which we look for in a police dog, and importantly he is very sociable.”

“From the moment he first arrived at dog training school he was looking to form a bond with our staff, we teamed him up with his handler and Buzz very quickly bonded with his new dad.”

Buzz has formed a very special bond with his partner and now loving owner, dog handler, PC Ashley Green and they now live at home together.

PC Green has said: “He’s had a rough start to his young life but he will now receive the highest level of care and respect and love from me as his handler.”

The dog section have been showing the community what they are capable of after a visit to Lydgate primary school this weekend.

Drug and weapons dogs PD Taffy and PD Benson presented to the children scenarios of incidents they have to attend to.

The dogs showed off their strong sense of smell and advanced hearing as they sped around the playground.

Children at the school were in awe at what the dogs could do and described them as “superheroes”.