BREAKING: Hundreds of Sheffield students told to empty their rooms with four hours notice due to major building risk 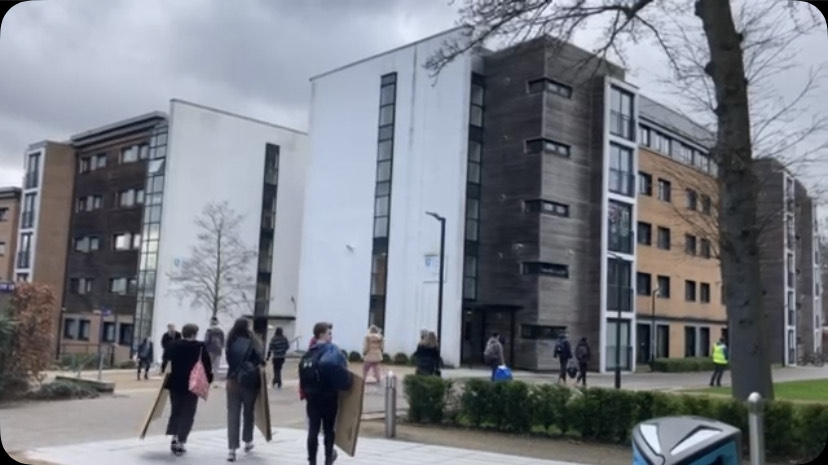 By Jade Bullen and Javier Tucker

More than 350 students at the University of Sheffield’s Derwent Accommodation have been left with less than four hours notice to collect their belongings and move out due to a fire risk.

The major incident was sparked after a fire in the boiler room on Sunday which shorted the electrics- and residents were evacuated to student building, The Edge, and have not been allowed to move back in since.

Hundreds of students were left to sleep on friend’s floors or were given emergency accommodation. 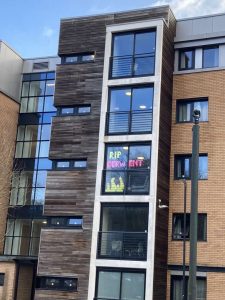 Then this afternoon, students were told they had until 5pm to collect all their belongings and haven’t been told where to go.

Iris Colver, 18, a politics and international relations student said: “The emergency accommodation we were sent to was disgusting.”

“It was an old abandoned accommodation that hasn’t been lived in for years. The toilet was disgusting and the water didn’t seem clean to me.”

The fire started due to the recent heavy rain, which entered the boiler room causing an electrical short.

Currently, Derwent has been left without any power, running water, with no working fire alarms.

Himmat Sidhu, 20, a politics and international relations student said:“ This has really impacted my mental health as there was no sure fire way as I didn’t know what was going on.

“I woke up feeling ill because of the poor living conditions of the Stevenson building. The university has made me homeless.”

Students have also been given the option of staying in the nearby Jonas hotel where they have been told they only have one night left to stay.

Alice Haldane, 18, a journalism student said: “There are lots of people walking around with pillows. Derwent is in the mud.”

Students have been provided with free food from the edge and are being offered £15 vouchers to spend on takeaways.

The University of Sheffield has been contacted for comment