Students take Firth Court in dispute with the University of Sheffield 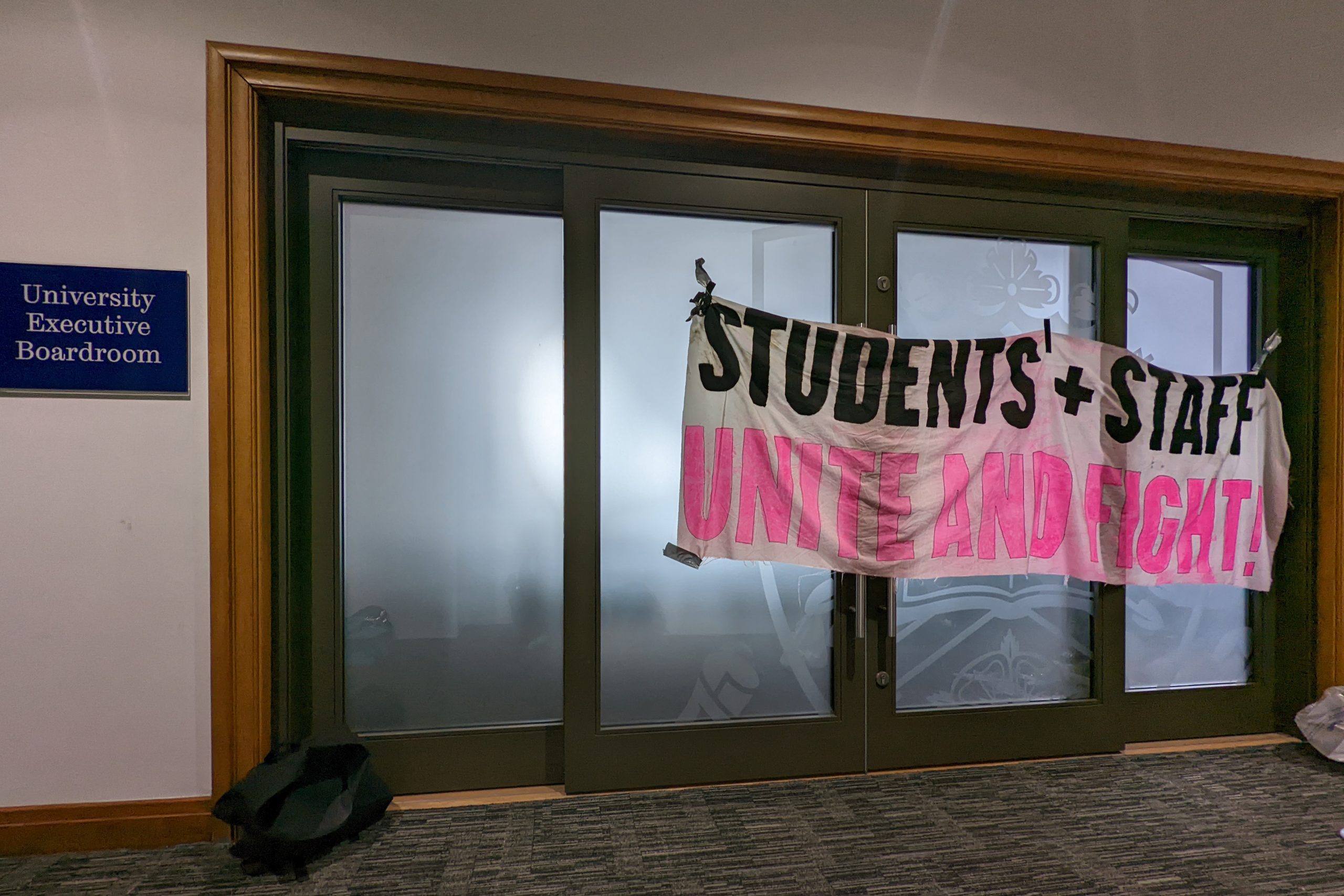 A student group said they have occupied Firth Court, the fifth building taken over by students in just one week over a labour and department closure dispute.

“Storm Eunice is nothing in comparison to what’s going on in the VC’s office right now.”

A few students occupying the ground floor initially refused to let anyone in at 1pm, but later reversed the decision.

Five more brought some snacks and sat in the corridor outside the University’s executive boardroom on the first floor at the Firth Court. 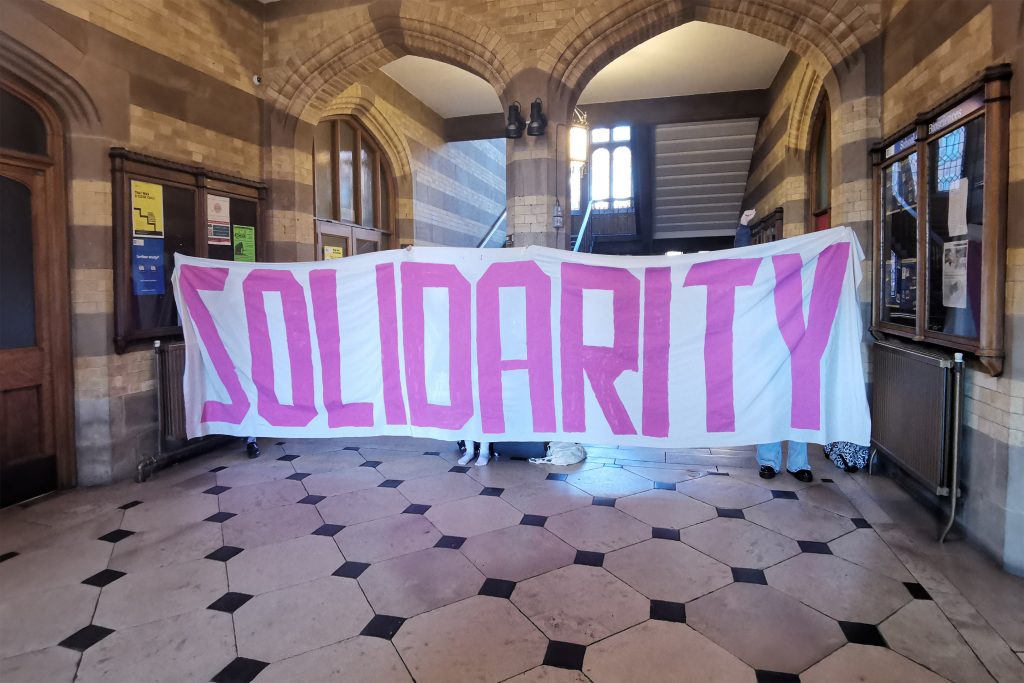 One occupier who declined to reveal their name said: “First of all, this is a feather in a cap.

“And second of all, obviously, the symbolism of an individual who is barely here but still has a lot of influence in decisions which are causing the issues.”

According to documents posted outside the Hicks Building and Arts Tower, the University of Sheffield has filed legal papers to try and regain possession of the buildings.

The strike group however tweeted they did not attend a court hearing at 11.30am today because they “misunderstood which court to go to”.

One occupier interviewed standing outside the University’s executive boardroom said: “My understanding from the internet is that the papers have been served against ‘person unknown’. Who is the ‘person unknown’?”

Keith Lilley, the director of Estates and Facilities Management at the University of Sheffield, said in a statement the university had asked the court to grant an order for possession to cover all of the university’s buildings, concerning the occupiers may take control of other buildings in close vicinity in the campus.

The strike group also accused the university of withholding the belongings of striking students and lecturers at the Hicks Building. 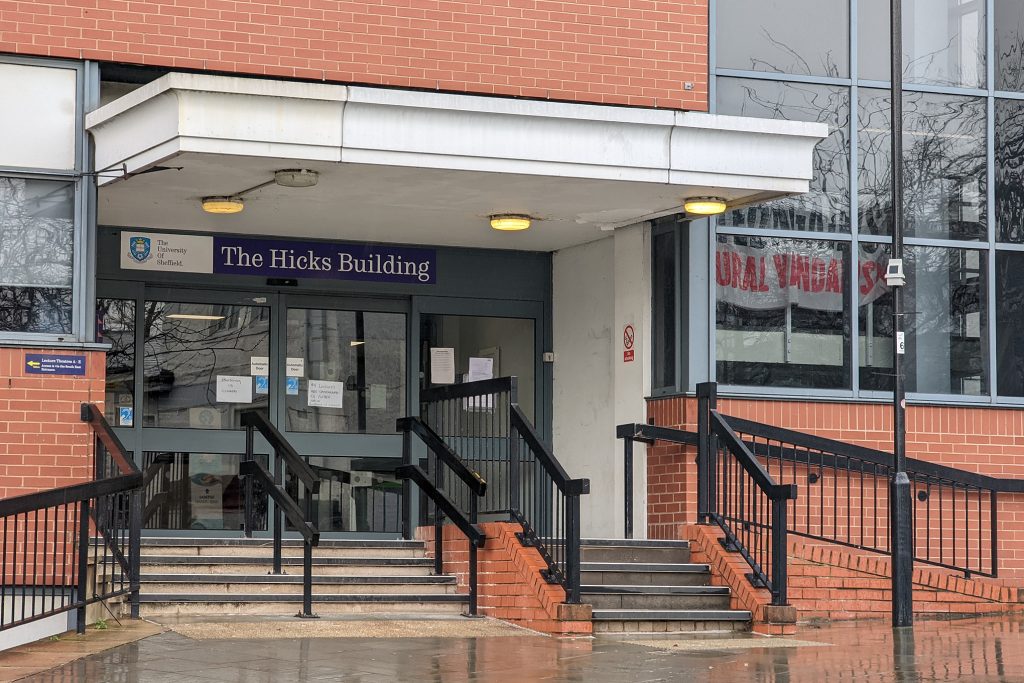 They also demanded that the university take strike reductions from lecturers’ pay packets over a long period of time.

A member of the Security Service denied the claim of withholding possessions.

He said: “They are not being locked up. They can have it [their belongings] when they produce their IDs.”

Keator Cheng contributed to this article.