‘Pungent’ smell leads police to £200,000 worth of cannabis hidden in van 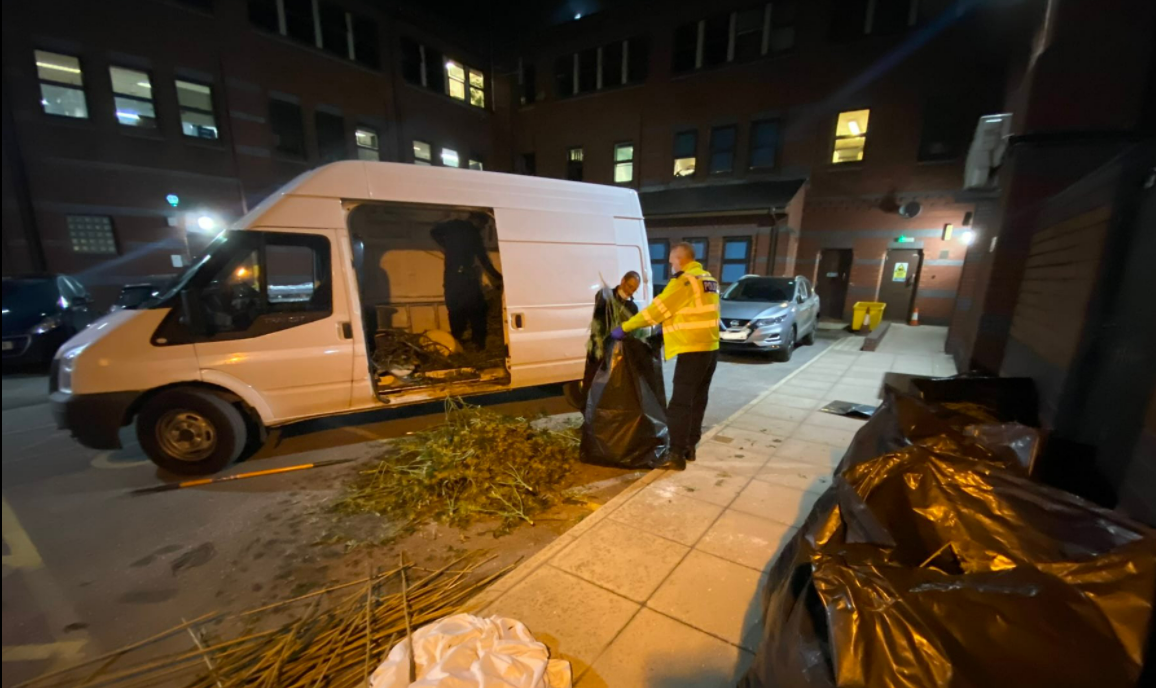 Police discovered £200,000 worth of cannabis in an abandoned van after  noticing a “pungent” smell coming from the vehicle.

Over the weekend, South Yorkshire Police apprehended the large amount of cannabis after stopping a Ford transit van that had been travelling up Halifax Road in the Wadsley Bridge area.

It was found after an officer who was performing a night-time patrol at the weekend with the “sense of smell of an elephant” saw three vehicles.

The officer spotted three vehicles driving up the road which had a “pungent” stench following them.

After the vehicles saw the officer they attempted to flee but the officer managed to keep up with them.

The South Yorkshire Police Operational Support Unit said: “The officer picked the biggest and slowest one to follow, as he had a feeling about what would be in it.”

The van was abandoned on the road as the drivers fled. It contained the huge quantity of cannabis which Police suspect to have been stolen from the growers.

This newest case comes after South Yorkshire Police’s recent crackdown on the production and distribution of drugs in an effort to combat gang violence in the city.

Since October 1, the force has seized 6,797 cannabis plants worth almost seven million in street value and this most recent seizure continues this.

Rotherham’s Chief Supt Steve Chapman said: “Gang crime and serious violence ruins too many lives and we are doing all we can to intervene early and target drugs as the root cause.”

Police are asking that if you have any concerns about the production, storage and supply of drugs that you get in touch. You can also anonymously call the independent charity Crimestoppers on 0800 555 111.