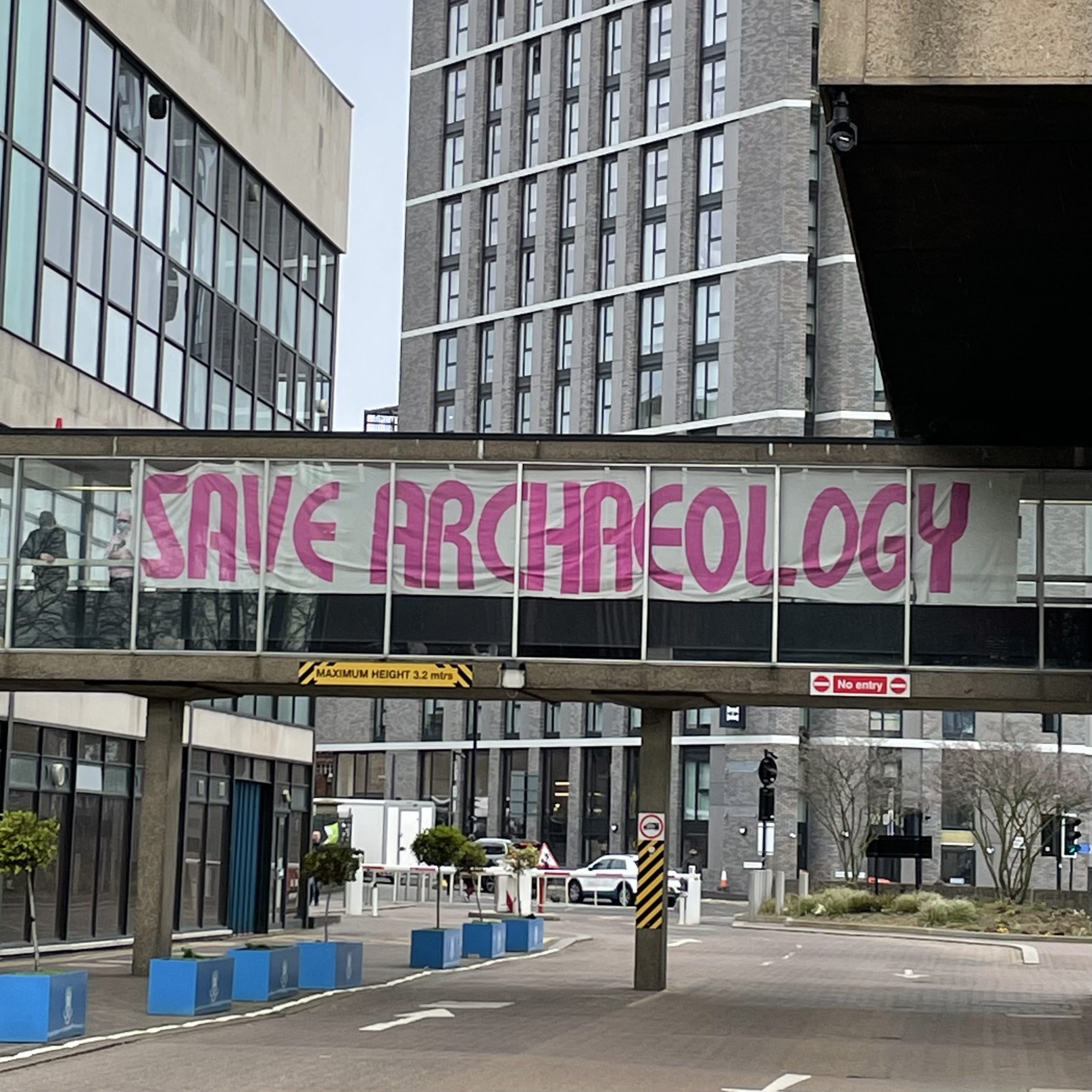 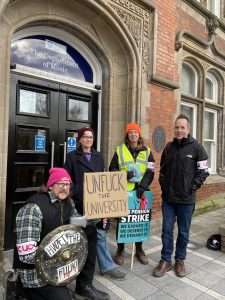 Protesters on February 16th outside a campus building

University of Sheffield students have occupied The Arts Tower in solidarity with staff protesting pension cuts.

The third day of the University and College Union strikes has seen student and teacher protesters occupy another of the University of Sheffield’s campus buildings, following the occupation of the Hicks building and Jessop West yesterday.

Staff at 44 institutions, including The University of Sheffield, began a ten-day walkout on Monday over a 35 per cent cut to pensions, deteriorating pay and working conditions.

Tom Rutter, an English lecturer at the University of Sheffield said: “We’re withdrawing our labour this week because we’re protesting against plans to cut our pensions.

“Our pensions have been wrongly valued, that pessimistic and unrealistic assumption about how it’s going to be worth over the years.

The UCU said today that University leaders have ‘failed staff and students’.

General Secretary Jo Grady said: “Students are standing by our members because they know that staff working conditions are their learning conditions. And they know that this sector, which is awash with money, can afford to treat its staff with dignity.”

Despite some student support with the protests, the majority feel their education is not being prioritised.

Kelsey Chapman, 20, a Landscape Architecture student at The University of Sheffield said: “We were in the middle of an exhibition showing our work and we’ve had to take everything down and leave I don’t feel happy about it at all because we’ve worked very hard.

“I don’t think closing the building is necessary like fair enough protesting and all that but don’t close the building.”

Other students arrived at the Arts Tower this morning for lectures to not even be let in.

Charlie Kenworthy, 20, a Maths student at the university said: “It really annoys me but that’s probably what they want to make a point of. I just hope the uni gets it sorted quickly so I don’t have to deal with this.”

The University of Sheffield Rent Strike Organisation declared on Twitter this morning that along with pension strikes, they demand the university keeps the Archaeology department open.

A University of Sheffield spokesperson said: “We do not expect the upcoming strike action to affect the majority of students. Our priority is to minimise disruption for those students who are affected to ensure that learning and teaching continues to be delivered. Student support services will continue to be available and we will be communicating regularly with our students and staff to let them know about any changes that may occur as a result of the strike action.”