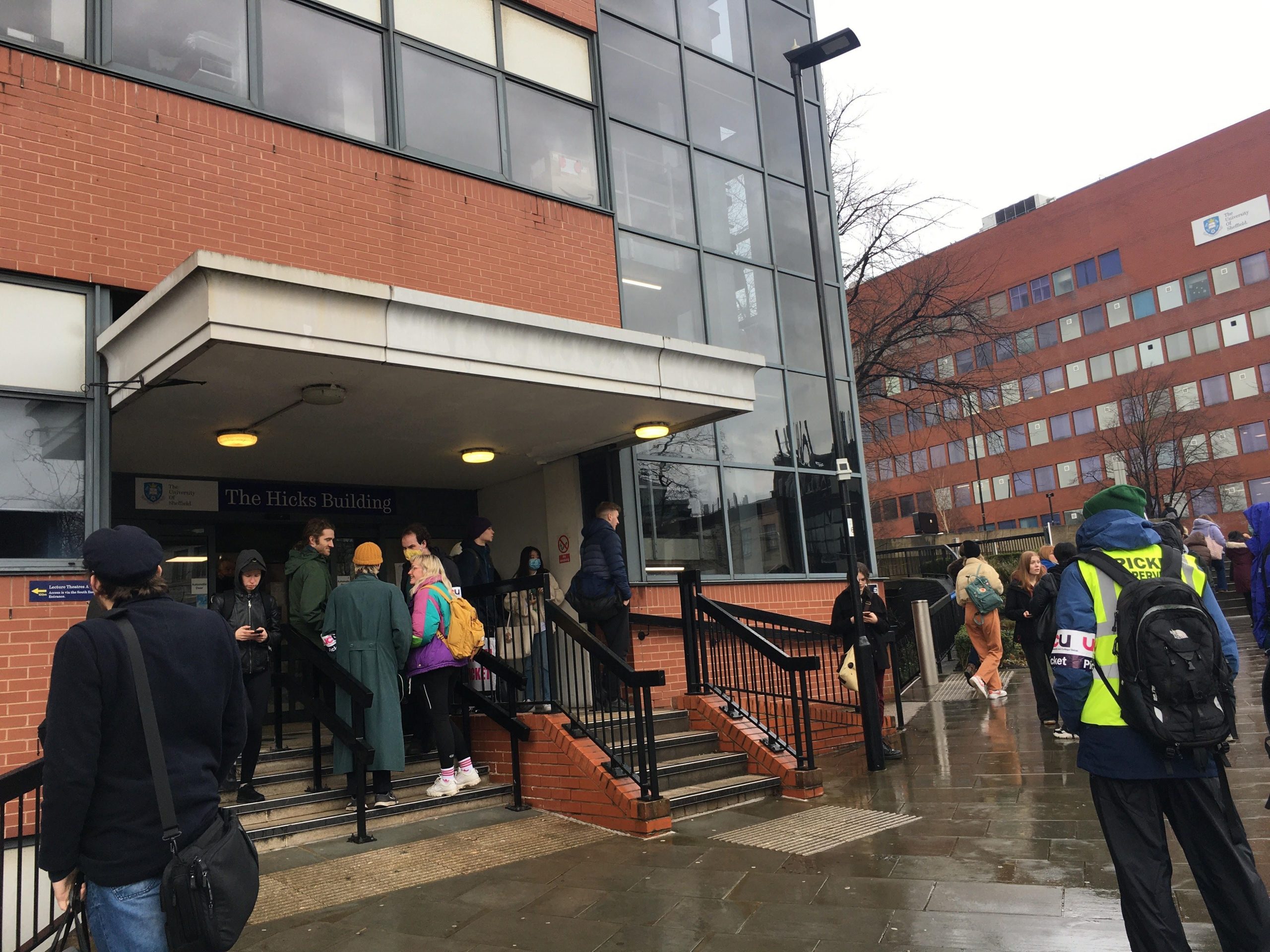 The passionate University and College Union has thrown their full support at the ongoing militant student protests in Sheffield.

Sheffield has found itself at the heart of protests from lecturers this week, as they strike over changes to the pension scheme which will lead to large cuts, mostly affecting junior members of staff.

This morning, militant students stormed the University of Sheffield Hicks building in support of the staff. Jessop West was also occupied yesterday,

The two buildings are now closed for the time being with security officers on site at both.

Craig Brandist, UCU Educational Officer, cited the struggles for students during the pandemic, and the substantial costs of studying as reasons for the protests.

He said: “It’s absolutely understandable why students feel the need to participate.

“It [The University] needs to run for the benefit of the students and to prioritise education and research in the institution rather than just seeking to build nice shiny buildings that are going to impress people on open days.”

Those participating in the strikes fear the university is not acting within the best interests of students and staff.

An anonymous picketer said: “You can help by trying to put pressure on the university management.”

All teaching has been relocated, but it is yet to be confirmed how long the situation will last, as told by Keith Lilley of the University of Sheffield in an email sent to staff.

But Liam Fitzpatrick, 19, Journalism student, said: “I’m broadly sympathetic to the strikes and the reasons for them, but this goes too far.

“A gaggle of students taking over the building to interrupt a lecture of a non-striking member of staff is ridiculous. We had our lecture abruptly ended because of this stunt.”

Ten days of protests have been planned. Typical work hours for students and teachers are being disrupted as protesters are working to contract – refusing to take on voluntary hours.

Mr Fitzpatrick added: “Once again students have been screwed over by being caught in the middle of a political squabble.”

Students from other levels of education within the University were also affected by the occupation of the building.

Azaniah Courafel, 21, a master’s student turned up to Hicks expecting to have his normal day of learning, when he was told by security guards that the building was closed.

Mr Courafel said: “I think it’s a bit overdone now, overboard, so many of our lessons have been missed.”