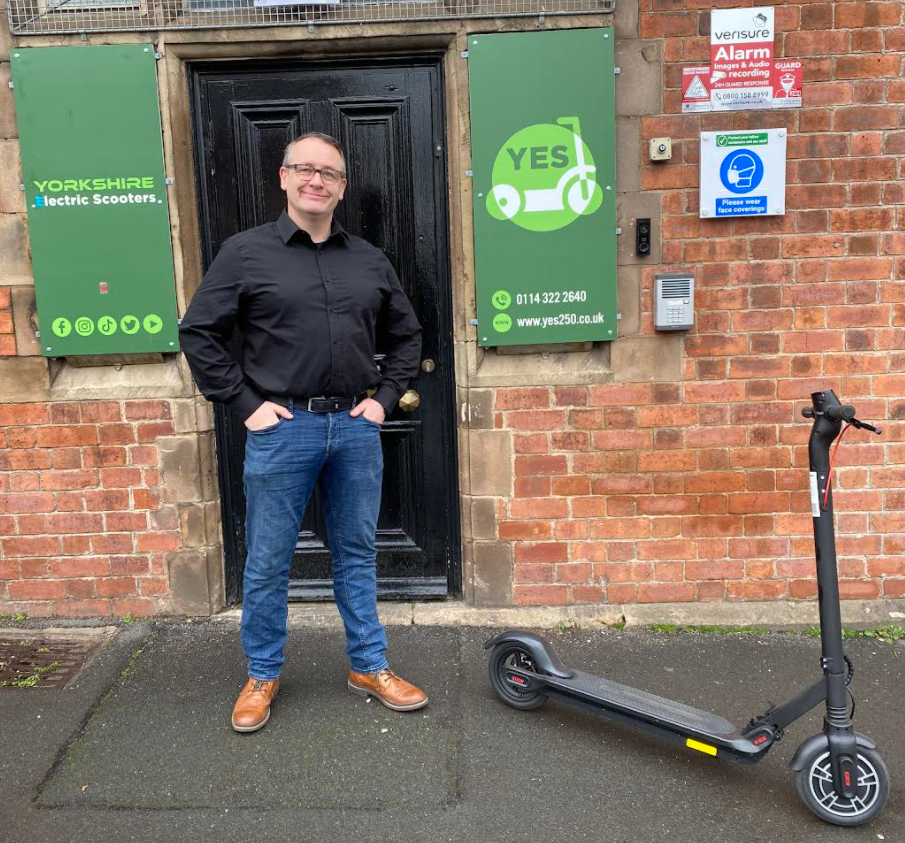 A petition has been launched in Sheffield to stamp out the stigma around E-scooters and pressure the council to allow training academies to help keep young people safe.

Gordon Riley, founder of Sheffield based E-scooter company Electric England Ltd, launched the campaign encouraging Sheffield council to support and allow the creation of the academies on private or council owned land.

He believes there is a negative stigma around E-scooters which is caused by uneducated youth and a lack of legal riding space in Sheffield.

Under UK law, E-scooters are classed as ‘powered transport’. Riders are required to follow the same legal requirements as road vehicles including insurance, road TAX and correct
MOT. Uninsured riders can receive 6 points on their licence and a £300 fine.

Now, Mr Riley wants Sheffield to adopt laws similar to those in European cities such as Copenhagen and Stockholm where E-scooters follow the same laws as bicycles. But this would make it legal to ride in the UK without helmets, on shared paths with pedestrians and under the influence of alcohol.

He said: “In Denmark it is mandatory to wear a helmet and you have to have lights on constantly whether it is day or night and I think that’s great. I think that’s exactly what we should adopt over here. We don’t need to reinvent the wheel; we need to look at people who have been doing it for far longer than us”

Mr Riley wants the Sheffield council to start lessons in schools teaching children the safety and maintenance on E-scooters from as early as junior school and would like to see riding
training and regulation for adults who are new to electric riding.

Mr Riley recognised why, under current regulations pedestrians and drivers take issue with E-scooters but said: “There is a negative stigma and I think getting rid of the stigma is down to changing perspectives. You can change people’s perception by showing them these are not dangerous machines.