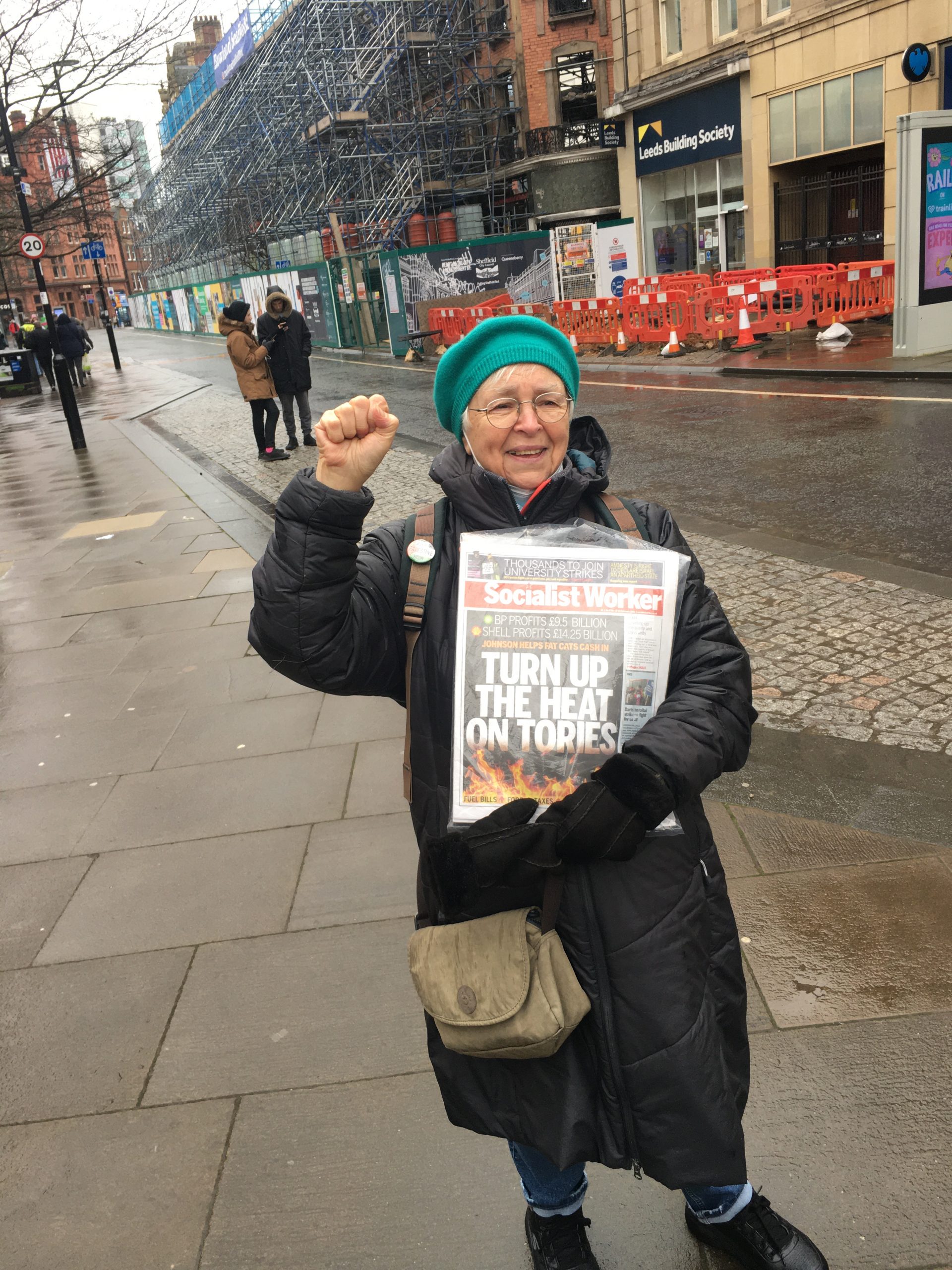 Protesters in Sheffield have expressed fear that young people will face considerable disadvantages as a result of the energy crisis.

On Saturday February 12, frustrated residents of all ages gathered at the Town Hall to protest the rise in energy prices and its effect on gas and electric bills.

The increase in the cost of living has been noticed by many from Sheffield, and there is a growing frustration towards the government  – from pensioners in particular.

Sue Wild, 76, a socialist picketer from Norton, said: “Everyone is sick to death and I’m wanting trade unions to be more involved in getting the workers to fight together. Unite and fight – that’s what I believe.”

She added: “Any money we’ve got, they’re trying to take it away.”

Ayesha Kishor, 19, a student from Sheffield, said: “Coming down today I saw so many other people who were affected by the rising costs as well.

“They are trying to fight for a good cause and I am so glad that a lot of people came today because I think people should know what’s happening.”

Ms Wild, along with others at the protest, cited capitalism as the keystone in this issue.

She believes that the only way to solve it is through acting “from the top”, as she called on the government to take action.

In an attempt to rally everyone together at the protest, she said: “This is your future. This is everybody’s future. It’s your grandkids’ future.”