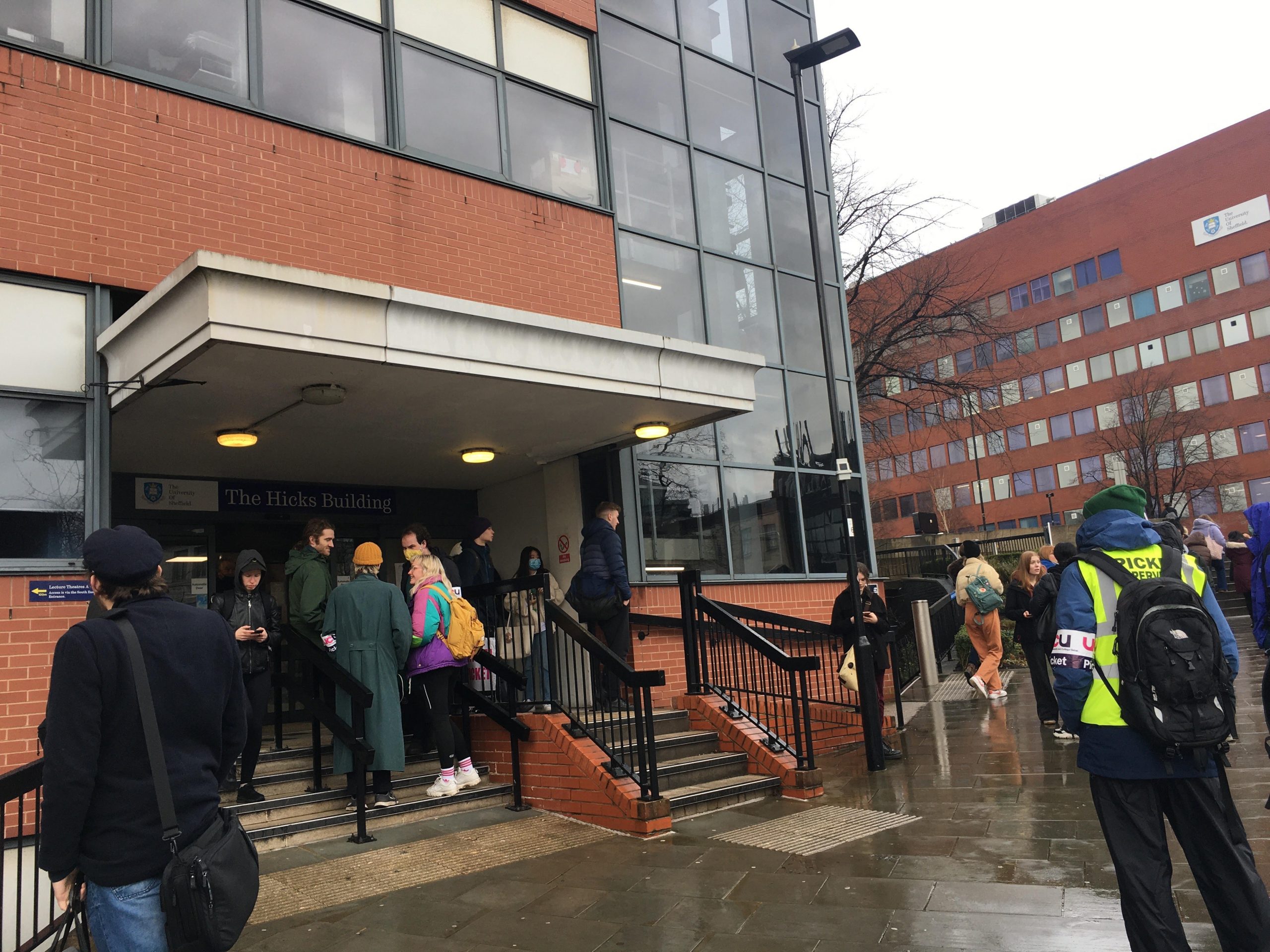 Militant students have stormed the University of Sheffield Hicks building in support of this week’s strike action.

At 9:00am today students took over floor E of the Hicks building, kicking out staff and students alike, while lessons were taking place. Picket strikers have now taken over a total of two buildings at the University of Sheffield, in the space of 24 hours.

The protests are against changes to the pension scheme which will lead to large cuts mostly affecting junior members of staff.

Liam Fitzpatrick, 19, Journalism student, said: “I’m broadly sympathetic to the strikes and the reasons for them, but this goes too far.

“A gaggle of students taking over the building to interrupt a lecture of a non-striking member of staff is ridiculous. We had our lecture abruptly ended because of this stunt.”

Ten days of protests have been planned. Typical work hours for students and teachers are being disrupted as protesters are working to contract – refusing to take on voluntary hours.Mr Fitzpatrick added: “Once again students have been screwed over by being caught in the middle of a political squabble. “

Students from other levels of education within the University were also affected by the occupation of the building.

Azaniah Courafel, 21, a master’s student turned up to Hicks expecting to have his normal day of learning, when he was told by security guards that the building was closed.

Mr Courafel said: “I think it’s a bit overdone now, overboard, so many of our lessons have been missed.”