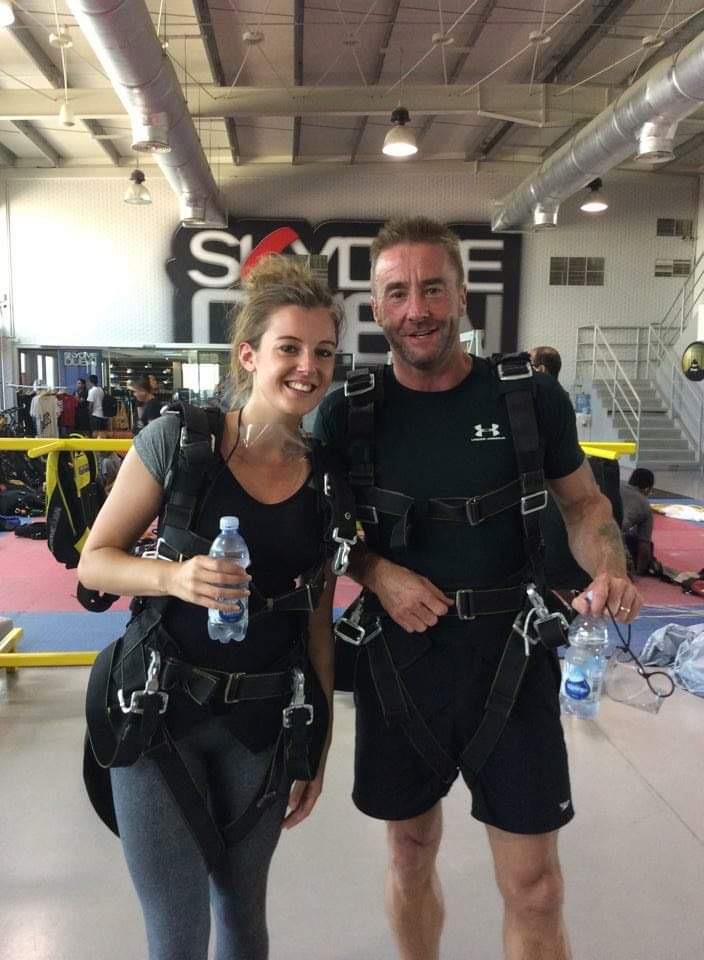 A cardiology nurse has set up a charity to raise funds for Public-Access Defibrillators in rural locations in Sheffield and Derbyshire in memory of her father.

Lee Dodd, died aged 51 after suffering from a Sudden Cardiac Arrest on his usual morning walk on 16 August 2017.

Danielle Dodd, 28, from Norton said: “To say that what happened to my Dad was a complete shock would be a massive understatement- he was fit and healthy.

“My mum and I wanted to learn from my Dad’s tragic death and help improve the chances of survival for others.”

The lack of a nearby defibrillator combined with the rural location where my Mr Dodd collapsed led to an unavoidable delay in the emergency services gaining access.

Lee’s Footsteps, the charity Miss Dodd set up with her mother, has now installed seven Public-Access Defibrillators, the latest being at Forge Dam Café in Sheffield. They now are in the process of raising funds for an eighth.

These defibrillators, known as AED’s, are portable, lightweight devices which require no training to be used.

AEDs provide audible instructions when switched on, with added visual prompts on the defibrillator.

Miss Dodd said: “The more that they are out there the better. We can’t change what has happened to my Dad unfortunately, but I know he himself, and we, just want to do everything we can to stop this from happening to anybody else.”

Danielle’s uncle Richard Smith is currently training for a 170-mile Coast to Coast cycle ride which is planned for the beginning of July.

Mr Smith, the director for a graphics and signage company, said: “A childhood friend and I turned 50 at the back end of last year and we wanted to do something different, so we decided on the cycle ride. We thought it would be a good idea to tie it in with raising funds for Lee’s Footsteps. It helps us get fit and it provides a bit of money for these lifesaving defibrillators.”