A woman from Sheffield has started a petition for locals to boycott the John Lewis store in the City Centre to express her anger at the news of the closure.

Evelyn Risner, from Nether Green, who runs a very small book-selling business called Handpicked Books’, has expressed her disappointment at the firm’s plans to replace the historical store with a rooftop refrigeration plant

Evelyn said: “It is part of the culture of Sh 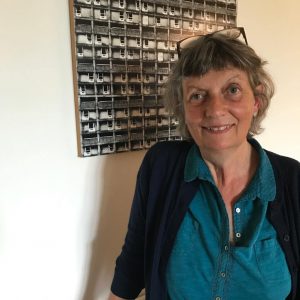 effield really, it has been for many years until recently.  My son, for example, used to work at the café there on weekends and he said that people used to come in on weekends and meet friends there for lunch for over 10-15 years. It was one of the most popular place to shop, some would say.”

Evelyn feels that shoppers will lose interest in what has been the heart of Sheffield’s monumental city centre for decades.

“Less people will go visit, they’ll just lose interest,” she added. “A lot of people did go into the city centre just to visit John Lewis and now, they will be going elsewhere.

“I guess other, particularly small businesses, will suffer and not just in Sheffield, but Rotherham, Barnsley and South Yorkshire in general. That’s what made me start that petition.”

Though there has been no official statement, the store decided not to re-open on April 12, when non-essential shops were permitted to re-open for the first time since last year.

She added: “I think there’s a new management that’s taken over last year or so. I don’t think they quite understand how struggling city centres outside London are, in smaller areas especially in the north of England.

“The John Lewis press office weren’t really bothered; they didn’t care. I don’t think they were making money pre-Covid, they run it down for quite a bit, but I feel if they’d put a bit of energy into it, it could’ve made money.”

In light of the uproar at the news caused by locals on social media, Sharon White, chairman of the firm, said that the announcement like this was always going to be difficult.

She said: “Given the significant shift to online shopping in recent years – and our belief that this trend will not materially reverse – we do not think the performance of these eight shops can be substantially reversed.”

A final consultation on Sheffield’s John Lewis closure will take place in June, with around 300 jobs at risk. You can support Evelyn by signing her petition using the following link: https://www.change.org/p/john-lewis-boycott-waitrose-and-john-lewis-online