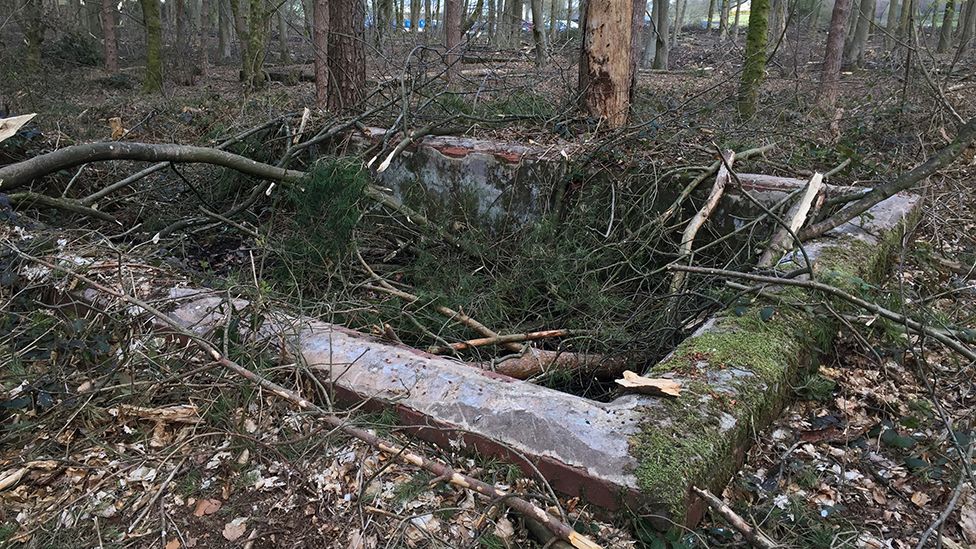 A prisoner of war camp used in both World Wars has been damaged by Sheffield council workers felling trees.

The Lodge Moor camp on Redmires Road held more than 11,000 prisoners during World War Two alone, and the remains of the camp nearby are being examined by archaeologists.

According to the Local Democracy Reporting Service, visitors to the site claim that the council work had damaged the large concrete bases of the prisoners’ living spaces, broken one of the toilet blocks and crushed remnants of sewage piping.

Sheffield City Council admitted the work done had caused “some minor disturbance” which would be repaired.

Jess Ghost, a regular visitor to the site posted many pictures of the damage on Facebook and said: I’m absolutely gutted. I’ve loved going up to Redmires prisoner of war camp for years, but I’ve just been up and seen that the recent forestry work has absolutely devastated the site. The insensitivity with which the work has been done is absolutely shocking. They may as well have gone through some of the area with a bulldozer.

“I can’t tell you how furious and upset I am. This is is a site with huge significance- a place where many people’s family members spent time in some capacity. The council promised this wouldn’t be damaging work, but they’ve let forestry workers treat it like it’s worth nothing.”

The camp was the largest prisoner of war camp in the UK and held thousands of prisoners during World War One and World War Two.

Its most famous prisoner was Admiral Karl Doenitz, who escaped in 1918 by pretending to have a mental illness. In 1945 he succeeded Hitler as president of Nazi Germany.

The camp was abandoned after World War Two and woodland eventually covered the site, leaving only the bottoms of some buildings visible.

Ruth Bell, the council’s head of parks and countryside, said the tree-thinning work had exposed more of the camp’s remains.

“We acknowledge some minor disturbance was caused and this will be rectified,” she said.

“A site visit and recommendations were made by the South Yorkshire Archaeology Service and further remedial work will take place later this year.”

Miss Bell also said that the authority was working with a community group on a lottery-funded project to help interpret the site.