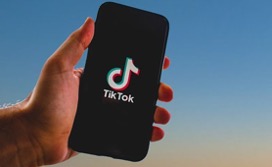 Today, all Premier League football and Women’s Championship teams partake in a four-day social media ‘blackout’ in an attempt to combat racism and abuse online and during matches.

From 3pm today, teams including Liverpool FC, Tottenham Hotspur and Sheffield United will refrain from any posts, stories and tweets on any social media outlet until 11.59pm on 3rd May, in order to put pressure on social media companies to produce measures in place to deal with racism and abuse online.

Avid football fans, like Isobel Houseman,19, and originally from York who said: ” It is a good start as the bigger accounts being silent on social media will be noticed by a large number of fans, which can prompt companies to take better action.”

With only a few hours to go, Sheffield United FC took to twitter for a last statement this morning, they said: “This weekend, Sheffield United will join the premier League and other leagues across English football and wider sport to boycott social media and demand change.