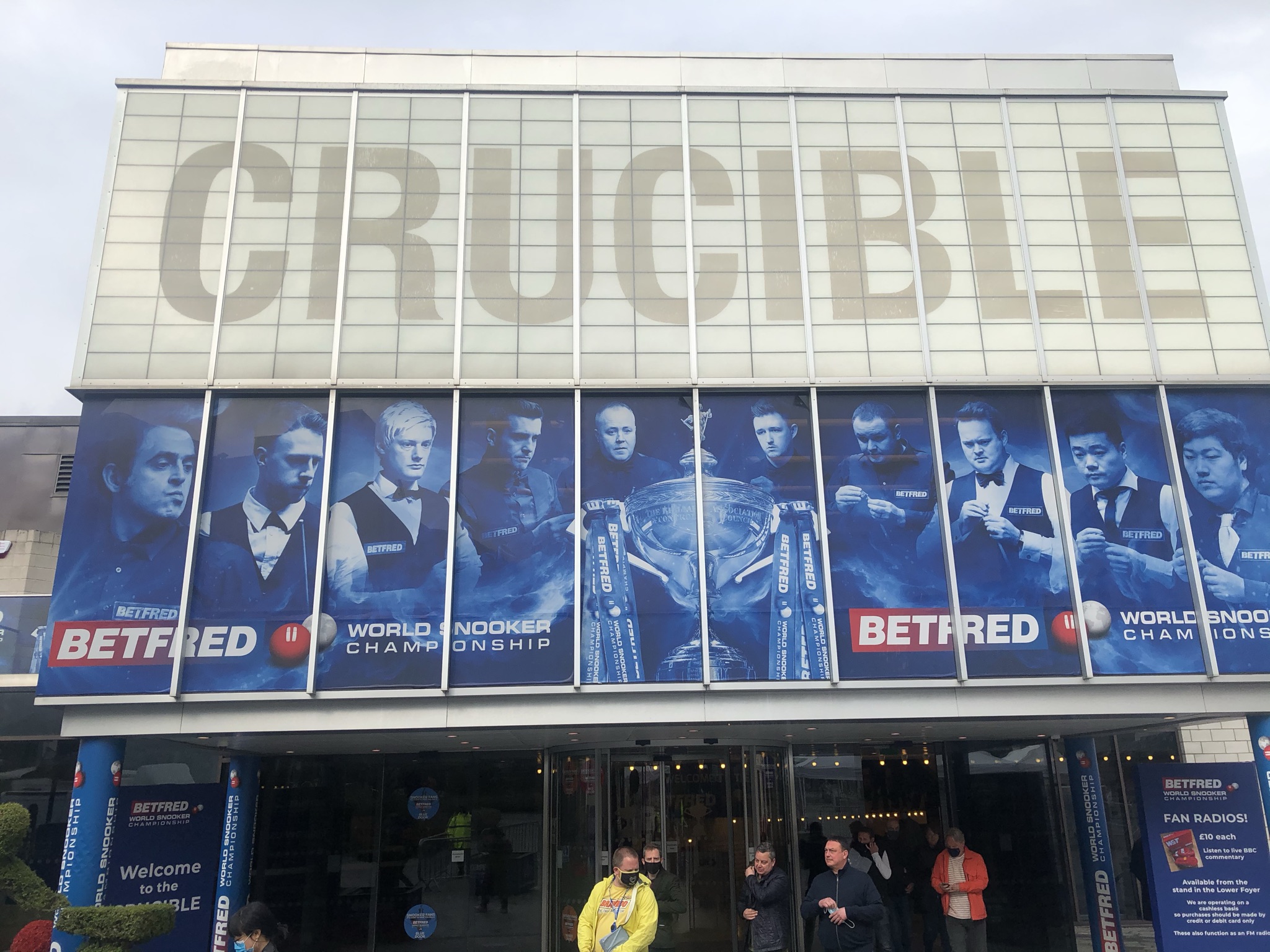 Fans have been returning to live sport in Sheffield as part of the governments Events Research Programme to trial the return of live events post pandemic.

Around 300 fans, which is 25% of the capacity, attended the first week of the event with 75% allowed to attend from the Quarter Finals onward.  For the final on Bank Holiday Monday a capacity crowd of 980 is permitted with just a few tickets remaining at press time.

Several COVID-19 protocols were in place for the event however for the first time since March 2020 social distancing rules were dropped from the Quarter Final stage onwards. All spectators had to provide a negative test and wear a mask inside the venue. Social distancing was maintained while not in seats.

The first day of the tournament was marred by protestors campaigning against so-called ‘vaccine passports’ which they branded ‘medical apartheid’. But no such certification was required at this event.

While some had expressed fears over the safety of the event, including reigning champion Ronnie O’Sullivan, there has generally been a positive response from those involved.

Referee Brendan Moore,49 said: “Absolutely brilliant to have crowds back, we’ve all missed them, adds to the drama. And from what I’ve seen it’s all been safe. Massive well done to all at the World Snooker Tour who have worked hard to get crowds back in”.

After a year of events taking place in a bio secure bubble in Milton Keynes, players were delighted to get back on the baize in front of the legendary Crucible crowd.

Snooker commentator and podcaster David Hendon said: All players prefer an audience, and the Crucible is renowned for the intimate atmosphere created by the crowd, so everyone is delighted to welcome back the fans. For many spectators this is an annual chance to catch up with old friends. The feeling in Sheffield will be a much happier one than last year.

Emma Bainbridge,39, attended two sessions at the event and said: “It was great to be back at the Crucible. The safety measures in place were excellent. I felt very safe knowing that other spectators needed a negative lateral flow test to enter and there were plenty of hand sanitizers. 10/10 for all the safety measures put in place.”

All eyes will now look to the future and the prospect of a successful pilot unlocking a glorious summer of sport with Wimbledon and the delayed Euro 2020 on the horizon.

The tournament concludes in front of a packed Crucible with the semi finals and final taking place over Bank Holiday weekend.