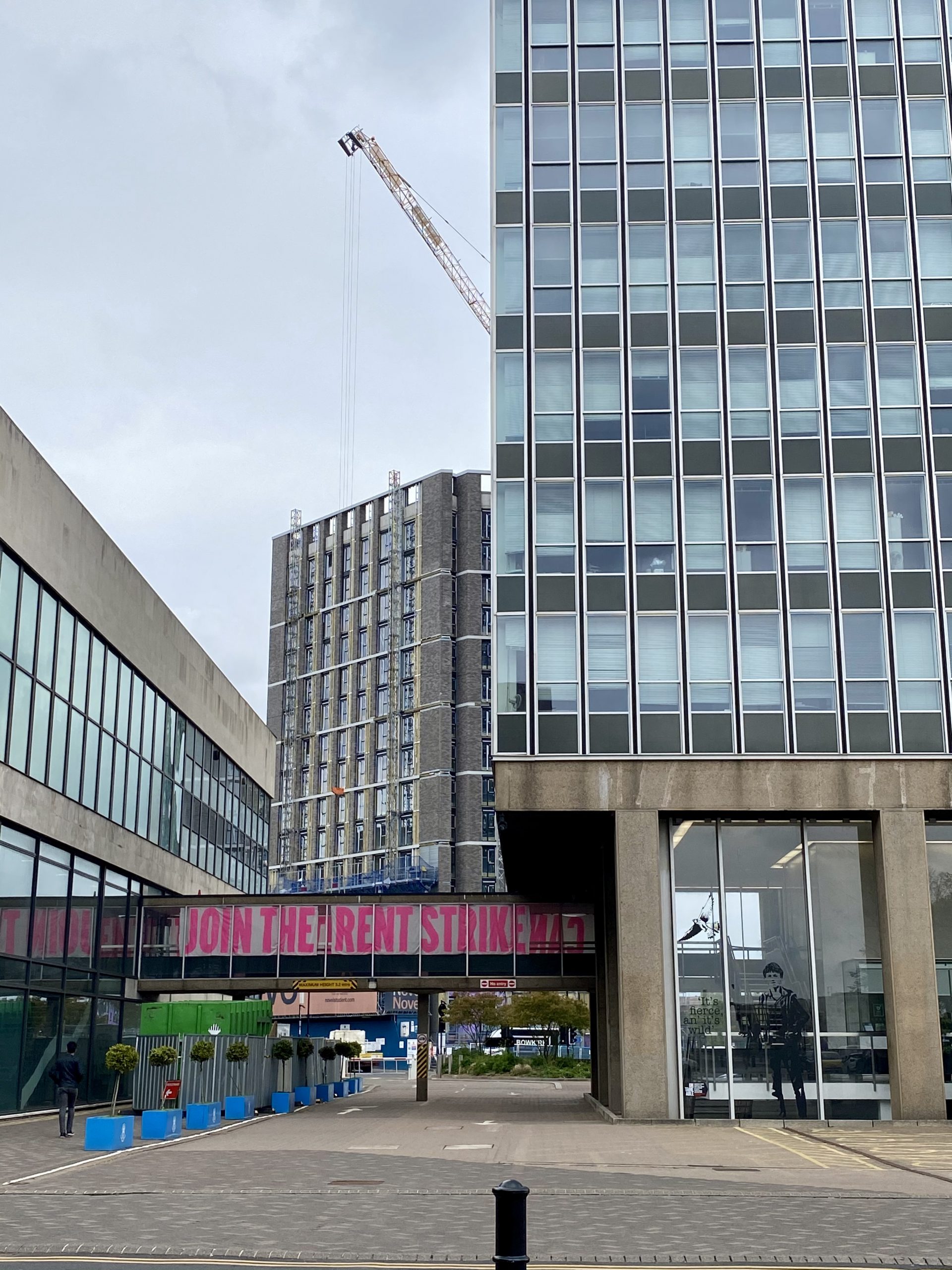 Rent strikes continue in Sheffield with students from both universities after ‘consistent let down’ in pandemic.

Students from both University of Sheffield and Sheffield Hallam University have been occupying university buildings protesting against having to pay thousands of pounds in rent for rooms in halls of residence while they are not legally allowed to return back to the university due to travel restrictions.

Harry, one of the social media officers for University of Sheffield rent strike said: “The most aggressively affected by the rent this year are students on practical courses and international students, both of whom were forced to stay in/return to Sheffield, disadvantaging certain students with limited rebates.”

The University of Sheffield have not yet acknowledged the protesting campaign, but protestors strongly believe that management has known about the strike for a while considering that students have applied pressure on the university to give students a fair deal and worked along with the student union to get a motion of support for the SU Council.

According to the UoS rent strike social media team, the occupation of the university buildings was an ‘escalation’ of the situation due to management refusing to talk to them, especially since they have had word that the VC has shown interest in a meeting with them.

Harry added: “I am completely frustrated with the university as my first experience with them was the tension over COVID, this has likely shaped mine and likely many more 1st years view on the Uni”.

“However, the university does not condone occupation of a building which causes disruption for other students and would ask those in occupation to leave”.

Harry added: “I am immensely proud of everyone that has been involved, from the occupiers to the banner painters.”