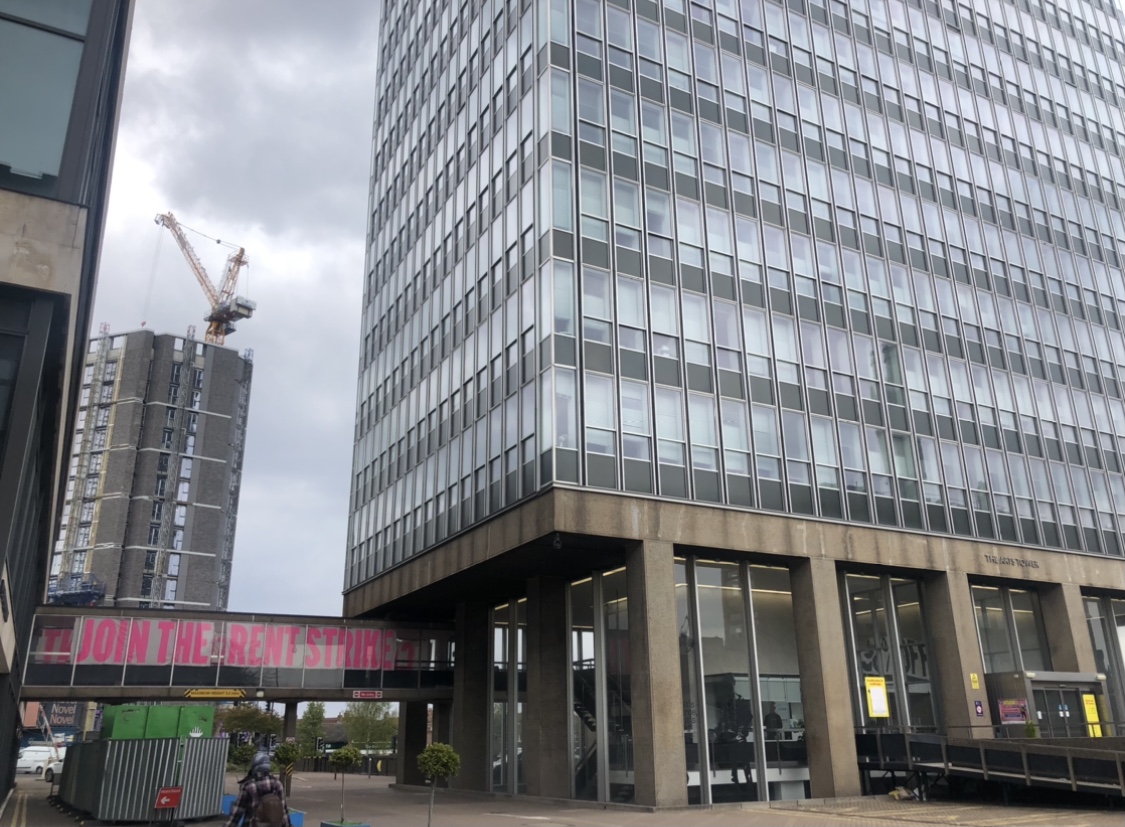 Students at University of Sheffield have been unable to use the Arts Tower building since last week because of the Rent Strike protest.

Last week, Rent Strike protesters occupied the Arts Tower and are continuing to do so until their demands regarding rent reduction, a no-penalty early release clause from tenancy contracts, rent to be refunded to all students etc. are met.

In a post published on Instagram by @rentstrikeuos, protesters revealed their occupation plans whilst also apologising to architecture students. A couple of days later they put out a tweet apologising again.

The tweet said: “We are not here to disrupt students and profoundly apologise to those who have been affected.”

Olly Gabriele, 18, is an architecture student and usually has a lecture in the Arts Tower once a week. But last week him and his course mates received an email saying that the building was closed because of the occupation. 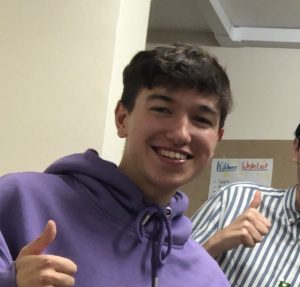 He said: “I’m not really annoyed by it, but a lot of my course mates usually study there, and I know that some of them are quite annoyed that they’re not able to go there at the moment because of the protests.”

According to Mr Gabriele and the students protesting, it is the University Security who are refusing to let students and staff inside the building.

Alice Jaanus, 19 and a first-year architecture student, says that she has been going to the Arts Tower every week for the past two months. Because of the protest she hasn’t been able to go which she says is “disappointing”. 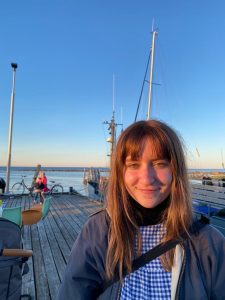 She said: “It has been a good opportunity to meet my course mates and tutors in order to express opinions and gain valuable feedback on my work.”

Ms Jaanus says that she has neither negative nor positive feelings towards the strikers, but she says that it is great to see students express their opinions and stand up for themselves.

She added: “What they are doing is definitely inspiring and lately I’ve felt that I should be more active as well.”

She adds that students can still use some of the facilities that can’t be found elsewhere or go there to collect their stuff, although she understands why some students might be scared to do that.