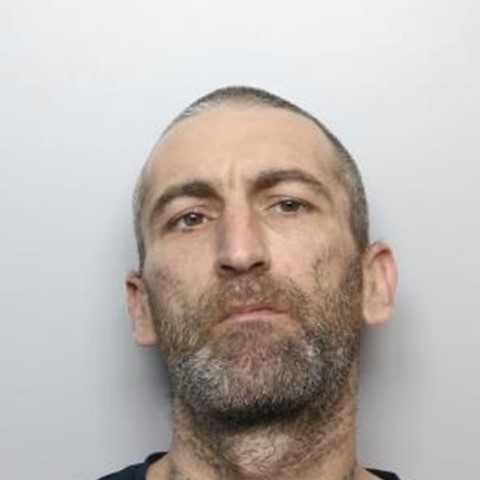 A Sheffield man who kidnapped a mother and her young child as they waited outside a restaurant on New Year’s Eve has been jailed for nine years.

Nathan Biggin, 36,of Welby Place, was under the influence of alcohol when he kidnapped the woman and her two-year old child.

Around 10pm, he came across a car just outside Westfield Pizza Hut in Sheffield.

He then jumped in the driver’s seat of the car and drove off with the both of them.

Biggin was said to have been driving speeds above 70mph during a trial by the Sheffield Crown Court.

The woman was so fearful of Biggin that she decided to jump from the moving car along with her child.

The owner of the car, the woman’s husband and the father of the child, had left the car engine running while he returned to his workplace to collect paperwork and had come back to them missing.

Detective Helen Critchley, of South Yorkshire Police, said: “The victim was in shock upon officers’ arrival and had cuts to her legs and arms, as well as fractured elbow.”

She was able to protect her son from injury and was safely reunited with her husband and the police.

DC Critchley also said: “Through the interview process with Biggin he showed no remorse for his actions or the distress he had caused this family.”

Upon officers’ arrival Biggin quickly became violent and assaulted a police officer by kicking him in his legs.

He was then arrested and later charged with two counts of kidnap, taking a motor vehicle without consent, driving without insurance and assault on an emergency service worker.

Biggin appeared before court on Monday for sentencing and pleaded guilty. He was jailed nine years.

DC Critchley added: “I am pleased with the sentence given to Biggin, he is a dangerous offender who is now behind bars.”