Police officers in the centre of Sheffield for ‘Op Spectre’ 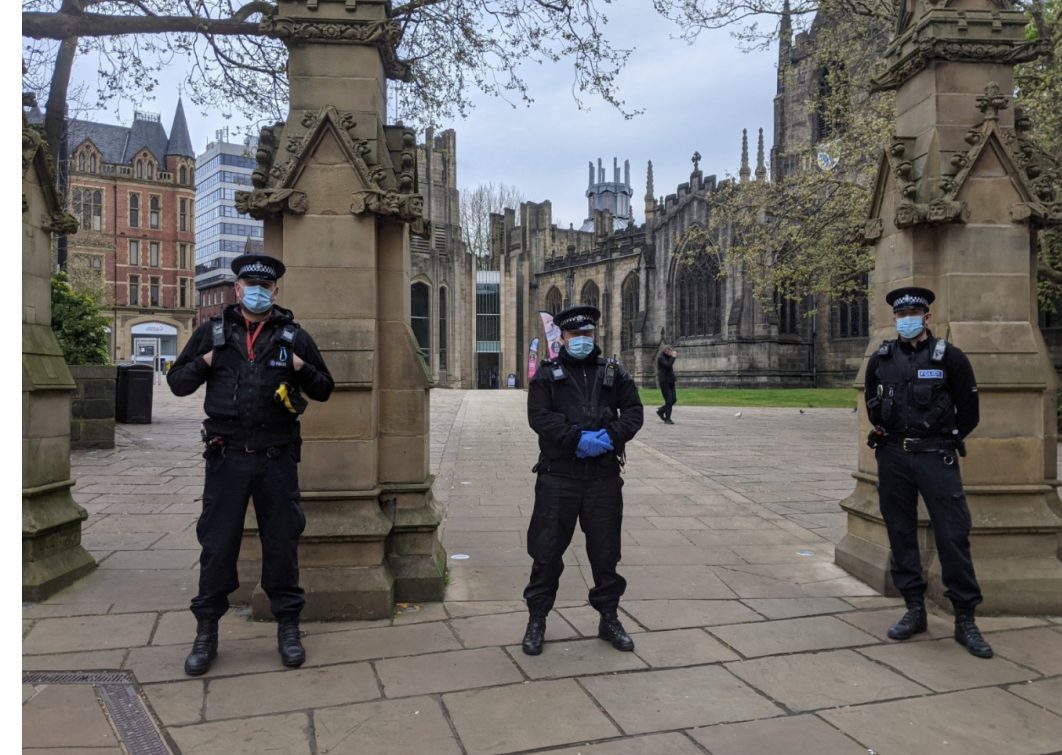 Wednesday marked the third day of Operation Spectre, a national week of action launched in a bid to tackle knife crime. Police officers in Sheffield have concentrated this morning around the Sheffield Cathedral and The Moor to try and identify and deal with those who may be carrying any weapons.

With Operation Spectre, the police want to spread awareness of the dangers of carrying weapons and knife crime.

South Yorkshire police want to make sure no one is alarmed by the number of police officers in the centre today as many people stopped to ask what they were doing there, they tweeted:

Sergeant Jon Simpson said: “Lots of people have been asking us why we’re in the city centre in greater numbers than usual which is great, it means we have the chance to talk to them about their worries, concerns or questions about violent crime.

“By combining stop searches, knife arches and the nose of a drugs dog, we’re in a great position to identify and deal with those who may be in possession of drugs or weapons. We have already seized quantities of controlled drugs this morning and our operation is continuing this evening and throughout the rest of the week.

“As the neighbourhood team for the city centre, we know that people do have concerns about knife crime and whilst incidents are rare, proactive policing methods such as stop searches and being visible are really important.

“In relation to the knife arches, they’re useful for us to carry out weapon sweeps and a great conversation starter, but they also help us identify individuals who might actively be avoiding them.”

Operation Spectre started on Monday, April 26 and will go on until the following Monday, May 3.

South Yorkshire Police also want to encourage people to give information about knife crime in case of having it. This information can be shared anonymously via Crimestoppers on 0800 555 111 or by calling 101.