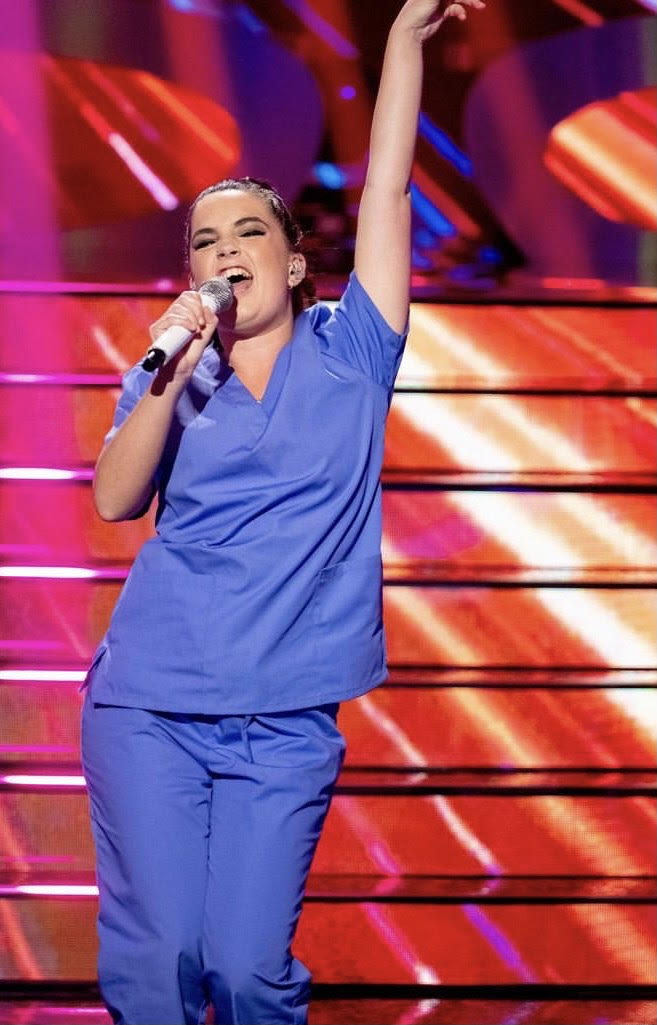 A medical student from The University of Sheffield has won £10,000 on BBC One’s ‘I can See Your Voice’.

Devon Chapman won the money by lip-synching her way to a duet with Ronan Keating.

Devon, who is studying to be a paediatric oncologist and whose character on the show was ‘Junior Doctor’, said: “I entered the show because I literally love to sing, dance and act and it was all those things in one show. I’m also born without the part that makes people embarrassed so I’ll do most things for a laugh and knew my friends and family would absolutely love it.

“I’m putting the money into savings for a while because I graduate next year and want to rent a studio in Manchester after that.”

The aim of the music game show is for contestants to spot a good singer out of six ‘mystery singers’ to duet with a guest musician on the ‘stage of truth’. If they are successful, they will win £10,000, but if they pick a bad singer, the bad singer wins the money.

Devon, who is from Burnley, fooled the contestants into believing that she had almost made it to a judge’s house on The X Factor and even performed at Wembley Stadium.

Father and son Shash and Saaj from Crawley missed out on the £10,000 after deciding Devon was a good singer before she took the stage and made it through a hilariously bad performance of ‘Life is a Rollercoaster’ with the former Boyzone member.

Asked by host Paddy McGuinness how she managed to perfect her lip-synching with such a demanding career, Devon replied: “I’m just really good but I don’t have the voice unfortunately.”