Sheffield students pinned down to ground by security at ‘peaceful’ protest 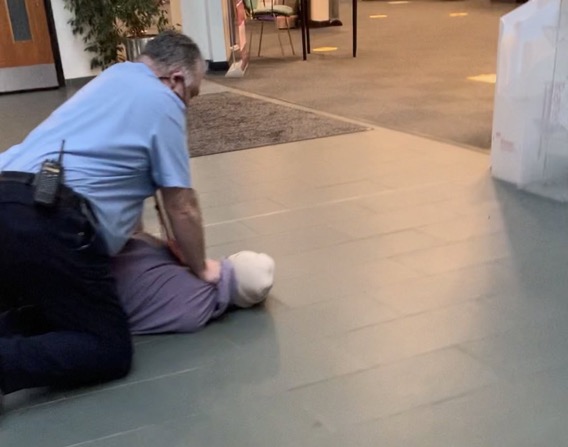 A video of Sheffield students being pinned to the ground by Sheffield Hallam University security has gone viral after a rent strike.

On Thursday 22 April, Sheffield Hallam University students gathered at the Cantor building to protest in response to student rent strikes.

A student who was present at the strike said: “It’s a bit like psychological trauma. It’s not very nice having a man three times your size holding you down to the ground when you’re not really doing anything.

” It was a very extreme reaction to what we were doing which was an act of protest which was well within our rights.”

The students were using bike locks to attempt to lock the doors and when security attempted entrance through a fire door, the students barricaded the door.

How do feel about your security assaulting students @sheffhallamuni ? pic.twitter.com/a4jp6snyR2

The student said: “They kicked down the door and they began to chase the other two occupants who in turn began to run.

“They were pinned to the ground.”

The student added: “We came in, we sat down and we were hoping it would go peacefully.”

Sheflive contacted Sheffield Hallam University about the incident but was told that it did not want to make a comment.

However, Gabby Willis, an elected student representative, took to Twitter and said: “I am appalled to see Sheffield Hallam security staff  acting in this matter towards students peacefully protesting.

“I am shocked, saddened, and rightfully enraged.”