Rally organised to stand against rising gun crime in Sheffield 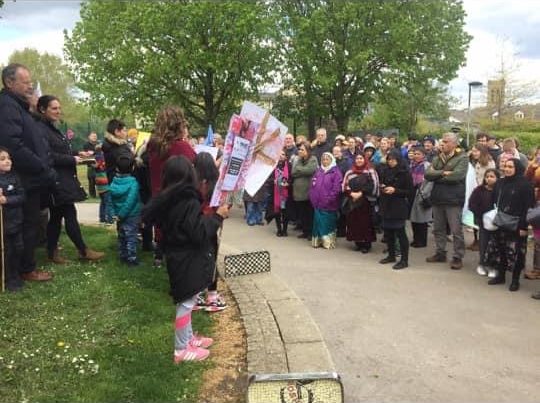 A group of mums has organised a rally against violent crime after 10 gun attacks in Sheffield this year alone.

Mums United will be holding the event at Heeley People’s Park on 22 May at 3pm.

Sahira Irshad, founder of Mums United, said: “It is time we all came together and stood against the violence that is destroying our community. This march is against a system that has decimated youth services.

“We will not stand in silence, we will not be silenced, we are mothers who are saying ‘enough is enough.”

The fatal shooting of solicitor Khuram Javed, 30, earlier this month in Highfield came only three weeks after an 18-year-old man was left seriously injured in a shooting on Queens Road in Heeley, and just a week before a 45-year-old man was arrested for firing at a house in Tinsley, although no one was injured.

Imam Amar Hafiz spoke at the recent vigil for Khuram Javed, where hundreds of people in the community gathered at St Marys Church on Bramall Lane. He said: “Violent crime is a cause of concern and is perpetrated by people from all races, ethnicities and backgrounds.”

“Life is an asset which has no substitute and therefore every human being enjoys the right to life. It is one of the most grievous sins to destroy life.”

South Yorkshire Police have said that the vast majority of gun violence is due to disputes between rival gangs and they rarely involve citizens, insisting that Sheffield remains the UK’s safest major city.

Last year between May and September 2020, there were eight separate gun attacks in the south of Sheffield alone after a dispute between organised criminal gangs, causing three people to be seriously injured and killing a dog.

South Yorkshire Police responded by creating a specialist team to tackle the gang violence, with 15 arrests made and 12 guns seized from the Abbeydale Road area.