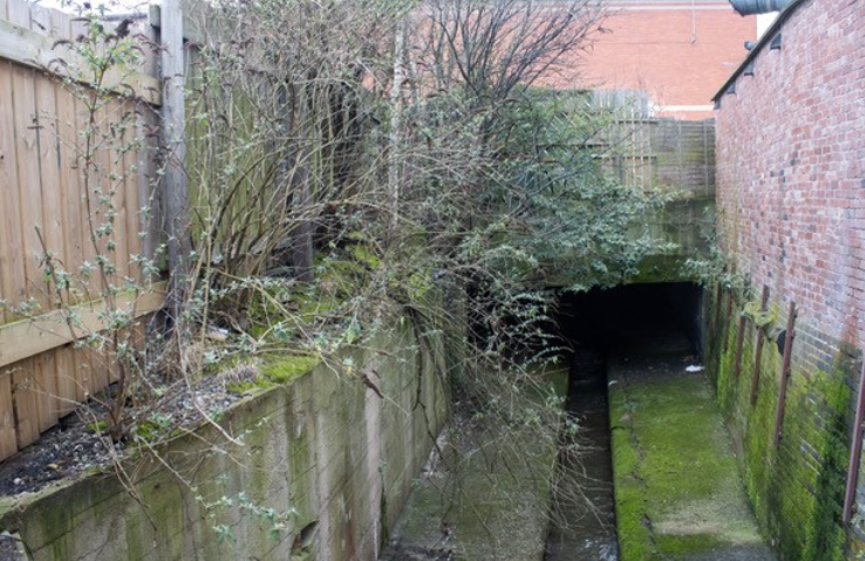 The Sheaf and Porter Rivers Trust has objected to plans for a rooftop refrigeration plant on the Eccleshall Road branch of Waitrose, citing environmental concerns.

The Trust wants to protect ‘culverts’ (water pipes) which run underneath the store’s car park, as part of the local urban river network. It believes more should be done to look after the ‘neglected’ river in its campaign to restore it as a habitat for public enjoyment.

One of the Trust’s main aims is to open up culverts and bring the rivers back to public attention.

This includes the ‘short, ditched’ length of Porter Brook, owned by Waitrose, along with the river tunnel beneath the store and car park.

The Trust is concerned that the proposals will limit public access to the rivers.

They will press JLP Architects, who are responsible for the design, tomorrow, for a revised design and other enhancements to Waitrose’s river owning responsibilities.

They will also encourage Waitrose to plant more trees to offset the store’s ‘increased’ carbon footprint.

The Trust says they are disappointed to find the proposed design has largely ignored the section of river next to the store and proposes to intensify goods traffic movements around the pedestrian junction, especially when an inner ring road exists immediately behind their proposed e-commerce shed.

Local residents have also expressed concerns over potential noise from the refrigeration plant, along with a risk of light pollution from the proposed LED lighting which may be needed for security purposes.

The Trust is, however, pleased with Sheffield City Council’s plans to create a new cycleway from Nether Edge to the City Centre, and alter the lower length of Cemetery Road where there is an existing pedestrianised area.

Ric Bingham, a spokesperson for the Trust said: “This presents a great opportunity to emulate the City Centre ‘Gold Route’ public spaces on the junction of London Road and Cemetery Road.”

“It’s an area which is becoming increasingly residential as a result of forward-looking Council planning policies.”

The Trust is also running a poetry competition and will shortly be promoting some of the haikus written by local people about ‘Hidden Rivers’.