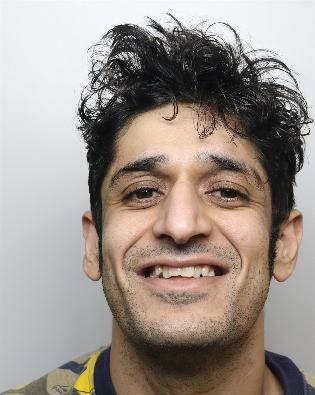 A man from Sheffield has been sentenced to over 10 years in prison on two accounts of rape after sexually assaulting a teenage girl a decade ago.

Adam Malik, 35, of Robey Street, sexually assaulted the girl who was aged 15 or 16 at the time.

She was dragged into a car before being taken away to the location where it happened.

The girl said: “I was determined to have my voice heard because I need closure and need to live a normal life and be a normal mother and feel a sense of pride and dignity something these men tried to take away from me.”

The investigation was launched in March 2017 and since then, five men have been convicted for their parts played in the girl’s exploitation.

The case was delayed after Mr Malik attempted to flee the country to Amsterdam.

He was arrested in Amsterdam in October 2019 but could not be extradited in time for the first trial in January 2020.

Detective Chief Inspector Rob Platts said: “I would like to both thank and commend the victim for her unwavering resilience and most of all bravery in continuing to support the prosecution to get the justice she very much deserves.”

The coronavirus led to the investigation having further delays.

Due to both of these, the girl has had to wait till now to tell her story.

Judge Michael Slater said that he also has the utmost admiration and respect for the victim for speaking out.

Many people struggle speaking about this very issue.

To tackle this, movements like #SaySomething were made to help encourage more young people to speak out.

On the helpline, you can also remain anonymous if you would prefer to.

In 2015, the NWG Network Youth Advisory Group created the “Say Something” campaign.

This has since been added to the original ‘Face Up to It’ campaign that was made to warn young people of the possible dangers that could face them.

Anyone with any concerns about child sexual exploitation should call 101, or 999 if the crime is in progress.

If you want any advice or support it is available by calling or texting the national helpline Say Something on 116 000.