‘Enough is Enough’:Sheffield Mums stand together against youth and gang violence 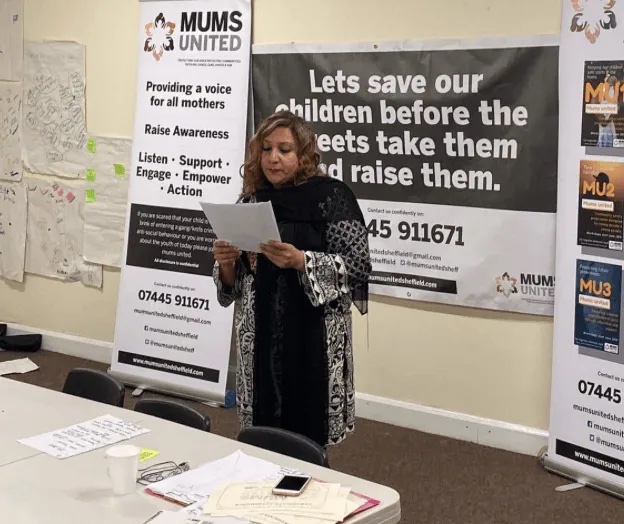 Mums United Sheffield , a charity created 2 years ago, will be holding a march against gang violence.

Having lived in London and currently in Sheffield, Sahira Irshad, Trustee Chair of Mums United Sheffield, realised that youth and gang violence was an ongoing issue.

Sahira said  “The very things I was running away from in London, were the very things that we were actually facing here as well.”

After she spoke with a few mums and schools, they came to the conclusion that they felt like their voices weren’t being heard. A safe space for mums to come and talk needed to be created.

On the 22nd of May, they will be ‘marching in solidarity’ against gang violence. Sahira said they’re calling it a march because they are tired of the violence that they’re continuing to see. There have been 12 shootings this year and a couple of fatalities.

Sahira said:”The march is our voice ,our stamp on us saying enough is enough. It is really a day where we get to speak our truth and say what we feel”

The group will be meeting outside Heeley People’s park at 3pm. They are hoping to get some young people to come and talk as well.

The charity encourages as many people to come to the march and show support.

Sahira said: ” I urge all the young people, the mums , the dads, everyone to come show solidarity and to show that we are speaking against the gang culture that exists.”

As there is a lack of community engagement, they’re continuously seeing more violence. They want their voices to be heard by communities and the statutory organisations. Not enough is being done to protect children from gangs.

She said we as a community have to take a stand against the violence that exists and we do that by creating debate and conversation. This is the place to start.

If you would like to find out more and be apart of the march, you can contact them on these various platforms: