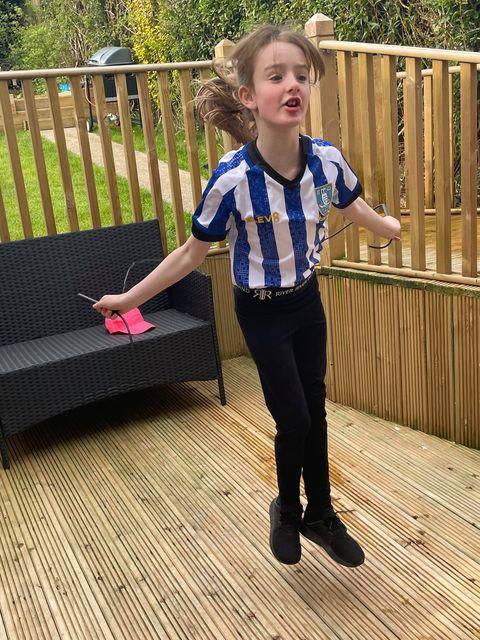 A 7-year-old Sheffield girl raised £644 for the NHS by skipping for 7 hours – an hour for each year she has lived .

On Saturday, April 25, Amelia Hodkin, who was inspired by Sir Tom Moore’s fundraising efforts, took on a challenge of her own. After skipping for seven hours with two hour-long breaks, she surpassed her original target of £500, instead raising £644, which will go to NHS Charities Together.

Her mother, Charlotte Rodgers streamed the last 5 minutes of the challenge on social media, allowing people to cheer for Amelia. 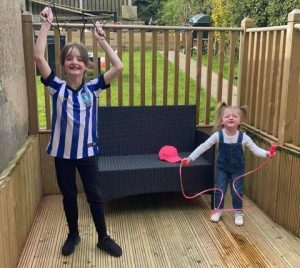 Amelia was joined by her 2-year-old sister Harper.

Charlotte, 26, said: “Everybody is so happy with her, we’re right proud. It’s for a good cause, and she really smashed her target.”

Amelia, who is a pupil at Stocksbridge Junior School decided on her challenge after learning of 100-year-old Captain Sir Tom Moore, who managed to raise £33 million for the NHS by walking 100 laps of his backyard.

Charlotte says her family have been overwhelmed by the support the fundraiser has received: “We’ve even had a lady who has made a donation from Spain, and going through the names on the page, there are lots of people we don’t know who have donated just because they’ve heard about what Amelia’s doing or someone has shared it online.

“Amelia’s so happy with what she’s been able to raise. I think the fundraising page will be left open for a year so her total might continue to go up”

Anyone who wants to donate to Amelia’s cause can do so here:

Charlotte Rodgers is fundraising for NHS Charities Together (justgiving.com)