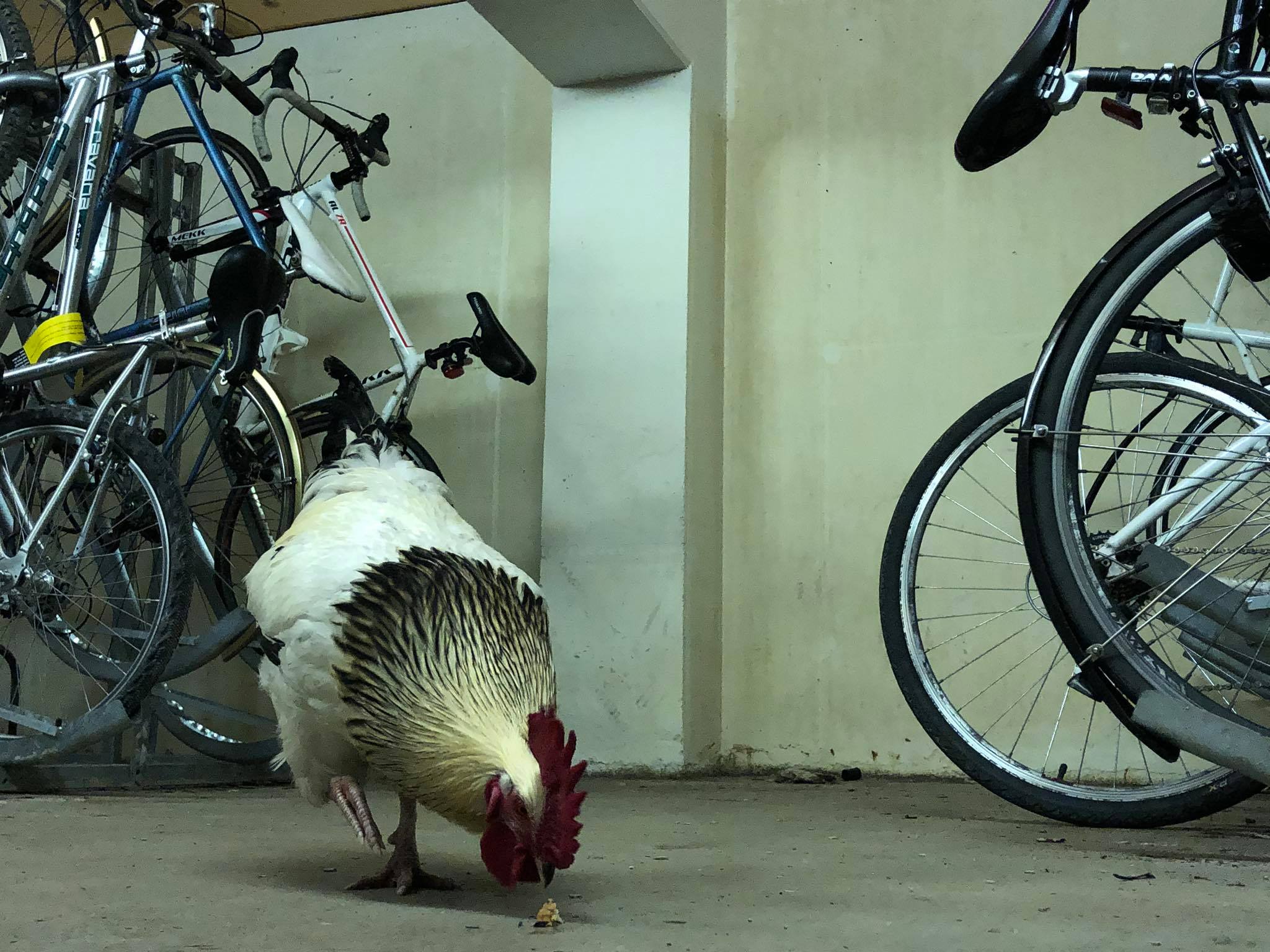 Meet Nando – the unusual mascot of a Sheffield University hall of residence – who set up home to roost after a group of students found him wandering outside a popular chicken restaurant.

The handsome cockerel was discovered trotting around in the road outside Nando’s on the busy Ecclesall Road in the early hours of morning.

Despite numerous calls to the RSPCA, police and 101, Nando ended up coming home with the lads after no-one could come to the rescue.

But the rest of the Endcliffe Halls weren’t too happy – as Nando’s crows woke hundreds of sleeping students at daybreak.

He said: “At first I couldn’t believe what I was seeing. There was this beautiful cockerel just stood outside Nando’s.

“I have chickens back at my home in Suffolk, so I know how to handle them.

“A group of lads were taking videos with flashes which I could see were clearly distressing the bird so I thought I had to intervene.”

Stanley and flatmate Nathan Sparkes, 19, picked him up and carried him the 15-minute walk back to the halls.

Stan said: “He seemed really happy to come with me. I know how to pick up cocks so it wasn’t distressed. We took him back to our flat and gave him some water and seeded bread because what else do students feed a cockerel.

“We decided the best and safest place for him until we could get some help was the bicycle storage unit on the bottom floor of the accommodation block as it was quiet, safe and only accessible by a few people. And it was 4am and we really needed to get to sleep.”

The group called the RSPCA, South Yorkshire Police and the Non-emergency police phoneline but failed to find any sort of solution.

After a call to the accommodation security, they sent two patrol guards, one of which said: “In 30 years of doing this, I’ve never seen anything like this.”

But to their horror, when they went to check on Nando at 8am, a disgruntled student from another flat had become so fed up with the cock-a-doodle-dos that they had evicted him.

Poppy Fisher, 19, who let the cockerel out said: “At first I was very confused, my whole flat had woken up because of the noise so we decided to follow it.

“We opened the door to the bike shed and the cockerel just ran out. We had no idea what to do from there.

“It was so loud it seemed like it was just outside my window.”

Two of Stanley’s flatmates, Caitlin Maskell, 18, and Lauryn Fearnett, 19, followed the echoing crows until they found Nando wondering between the accommodation blocks.

They brought him back to their building where their flatmate, Harvey Broad, 19, had been posting on Facebook looking for any help, and calling animal sanctuaries.

Harvey said: “Stan was getting emotionally invested and wanted to keep Nando as the hall of residence pet. But I can’t tell you how loud he is at 5am. No-one wants that, especially not students.”

Eventually, the students said they had to lie and say Nando was running around in the road in order for the RSPCA to be able to come out.

He added : “Unless we lied, I think Nando would still be here. It’s all very weird. I mean, why was he on a main road? And outside Nandos?”