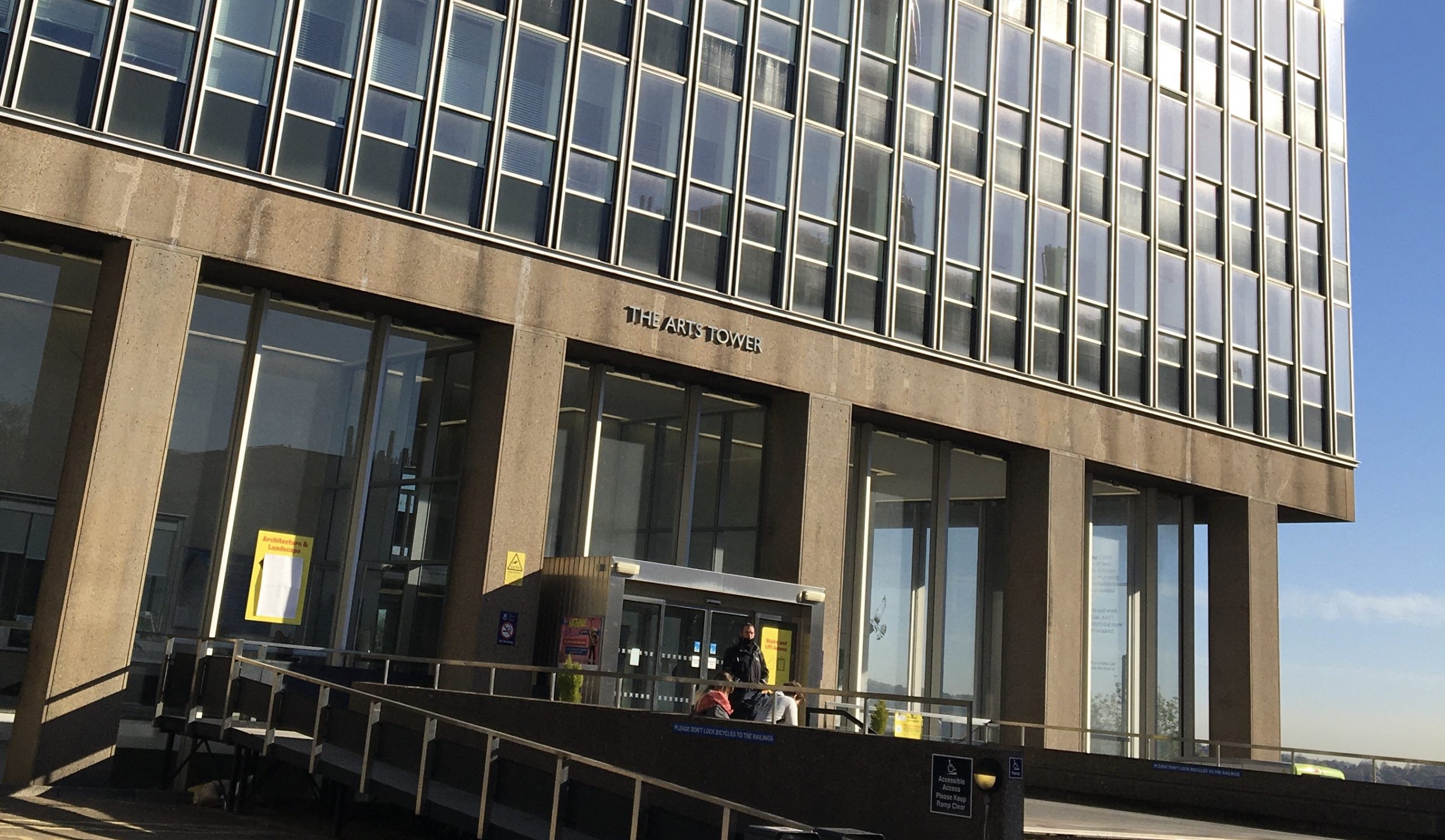 Students from the University of Sheffield and Sheffield Hallam University have occupied two university buildings in protest against unfair payments of rent this year.

The Cantor Building on Furnival Street and The Arts Tower on Bolsover Street and were both subject to takeovers on Thursday night and Friday morning.

On their Instagram page, the Sheffield Hallam Uni Rent Strike Group said: “We will be staying until our demands are met.”

The group say they want dialogue with the university, substantial rebates for semester two and for sexual violence to be taken more seriously.

Masked students have hung banners in the Cantor Building window with ‘profit b4 students’ and ‘#RENTSTRIKE’ on them. A message on the locked building door read: “All classes cancelled. Media foundation moved to Charles Street. All other queries contact security.” 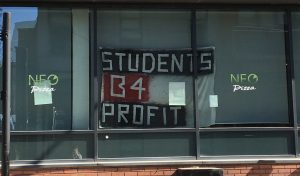 One of the students locked outside was Sheffield Hallam third year sports journalism student Searus Aynsley, who said: “I’m looking to try and get my work done as it’s the last few weeks heading into the final part of university. Not being able to get in there to upload clips to the computers and use the relevant software necessary is making it really difficult to finish work that I really need to get done in the next week or so. I am sympathetic towards their cause but they’re sort of protesting against the students rather than for us. They’re cutting off their nose to spite their face.”

A spokesperson for the protestors said: “We are happy to have students come and go.” The protestors also alleged attempted starvation against them by security staff who had restricted access to fridges, microwaves and kettles. They have since added they obtained the microwave but their food was still in danger of expiry soon.

In response, a statement from the Sheffield Hallam press office said: “We are committed to continuing dialogue with the rent strike protesters. Senior staff from the University and Hallam Students’ Union Officers are visiting them this morning to continue those conversations. We are also aware of an incident that occurred on Thursday evening at the Cantor building involving a protestor and security officer, and are investigating this.”

Sheffield Hallam refused to comment on the allegations of attempted starvation.

At the Arts Tower, rent strikers have locked the door which links the tower and the connecting Western Bank library, as well as hanging a banner that reads: “Trapped in for profit join the rent strike.”

The University of Sheffield protestors demand a rent reduction of 30% for the remainder of the 2020/2021 academic year and for all students to be offered a no-penalty early release clause from their tenancy contract. They are also asking for all students be given a full refund of rent for the duration of the most recent national lockdown as well as for the University to acknowledge a lack of support to students so far in addition to a pledge to change this.

“We understand this has been an incredibly difficult year for students and throughout the pandemic we have been working hard to support them in the best possible way. As part of this continued support, the University has not charged rent to students who are unable to make use of their University owned or managed accommodation due to the government’s restrictions and has established a £3 million Covid Support Fund for those facing financial difficulties.”

They added: “While the University cannot control the decisions of private landlords, we are continuing to work closely with the Students’ Union to ensure we are providing students with the most effective and appropriate support.”