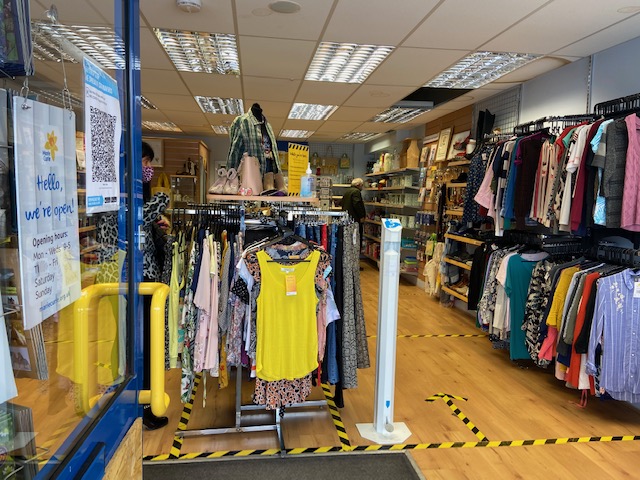 A used toilet seat that had “stains on it” was among the items to donated to a Sheffield charity shop, as stores across the region grapple with donations after finally re-opening from lockdown this month.

The toilet seat was received by the Marie Curie charity shop on Ecclesall Road.

The shop’s assistant manager, Stephen Burnham, said that they have received a fair amount of donations since reopening.

Mr Burnham said: “Some of it is really good quality… but when you get donated in a used toilet seat, that’s the other end of the spectrum.

“A used toilet seat that had stains on it…it’s not the first one either.”

Mr Burnham believes that the store is an easy place for people to dump rubbish because they think they’re doing something good for charity.

He said: “People need to think more when they’re donating to charity.”

Since lockdown has eased, a few more charity shops across South Yorkshire have faced difficulties from receiving their donations.

The Wickersley Mind charity store in Rotherham has had bags of donations dumped outside their store despite the sign warning about fly-tipping.

Miss Danielle Wragg, who works for the Wickersley Mind store said: “It does happen on a regular basis.

“I just think people can’t be bothered because we were open when they did it.”

Although large donations can be considered a great thing, how and what is donated is just as important.

Regarding the bags dumped outside the Mind store, Miss Wragg said: “It makes our shop look untidy.

“I’d tell people to bring it into the store. We can go through it one at a time whereas when it’s outside we’re having to go through it quickly.”

The manager of the PDSA Sheffield Charity store in Broomhill, also mentioned being unable to stock the shelves fast enough.

Mr Burnham said: “People think that they’re doing a good deed and it’s just waste for us. It’s just going to go into our bins and then into landfill.”

He mentioned that they installed an appointment system just to be safe in case they were overrun by donations.