Jared O’Mara stripped of Parliament pass – but who is the former MP?

The former Labour MP Jared O’Mara will lose his House of Commons pass after sending inappropriate text messages to a female employee. 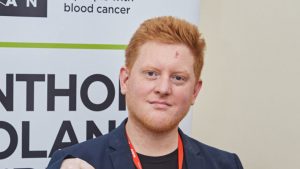 The Parliament Watchdog said the messages, sent in June and July 2019, amounted to an ‘abuse of power’.

Mr O’Mara did not appeal the decision.

But how did his downfall pan out?

Mr O’Mara’s tenure as an MP was marred by scandal, with large absences from the Commons.

He started his political career for Sheffield Hallam by being nominated by the Labour Party to take on the seat held by former Deputy Prime Minister Nick Clegg in 2017.

By the 2018, he had been forced to apologise for sexist and homophobic remarks and suspended by Labour Party in storm over online sexual harassment statement.

Mr O’Mara remained an Independent MP until he resigned in 2019.

Jared O’Mara said he was truly sorry for any offence from the mistake he made according to his blog post.

However, the Independent Expert Panel (IEP), which decides on sanctions for MPs accused for bullying, harassment or sexual misconduct, has continued to strip off his right to the parliamentary pass.

Sir Stephen Irwin, the panel’s chair, said, “The panel makes its decisions guided by the principals of natural justice, fairness for all parties, transparency and proportionality. We understand the seriousness of, and the harms caused by. We are rigorously independent, impartial and objective, acting without any political input or influence.”

Jennifer Barnes, who worked for Mr O’Mara in 2019, told the media that she felt anxious and degraded as she received messages at night, including Jared O’Mara is madly in love with her.

“It almost makes me kind of shiver being spoken to by someone who is 17 years older than me, he is my boss, he’s an MP.” Mrs Barnes told the BBC.