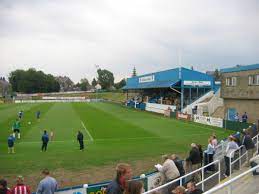 The proposed Europa Super league is threatening local football as funding will be endangered because of the lack of inclusivity of smaller teams not allowing any new money to trickle down to local clubs.

The new league proposes a super league made up out of the biggest clubs in Europe, whilst this doesn’t look like it will effect local clubs, the funding trickling down from it would not reach a grass root level. $400 Million trickles down from the premier league every year, this manages to get to local FC’s.

Roger Gissing, Vice Chairman of Stocksbridge Park Steels, said: “This could kill a lot of clubs, taking away funding and attention from small clubs.”

This has become a problem for all levels of play, as players playing in the super league will not be able to compete in any other domestic or international competitions.

Mr Gissing said: “ Small clubs have had their income cut massively during lockdown.”

This is the effect of the club houses not being open Mr Gissing added. He said this would be damaging for local clubs as the attention of local football has now been moved to the clubs who can afford to spend millions on their players.

The prime minister said that this would be disastrous for football, it would have a significant impact on the funding of the countries clubs from the biggest clubs not involved in the Super league as well as local clubs wanting to progress.

As interest in non league football is also being taken away from local clubs to a regularly televised payed for service instead a “working mans sport”.