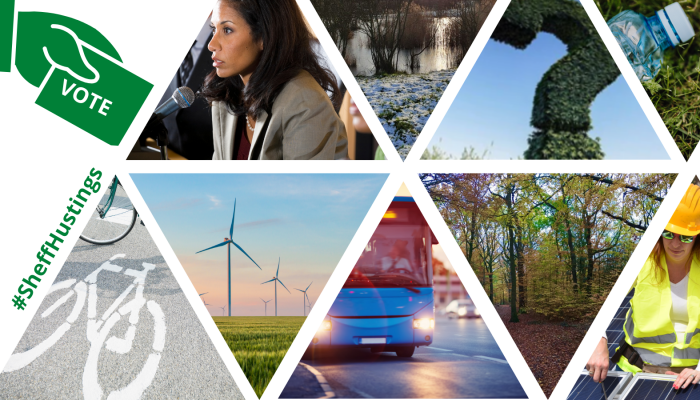 Environmental groups across Sheffield have joined together to shine a light on candidate’s green policies before the upcoming local elections.

Sheffield campaign groups have joined together as part of the Sheffield Climate Alliance to organise the online environmental hustings in preparation for local elections held on 6th May.

Lindy Stone, Sheffield Friends of the Earth said: “The need for elected representatives to take these issues seriously has never been more urgent.

“Residents are keen to hear what considerations would guide candidates actions addressing issues that affect us all  – and which will come to affect us evermore significantly.”

A climate emergency in Sheffield was declared in February 2019, but Sheffield friends of the Earth said that there had been “limited action” so far.

There has also been declaration for a nature emergency despite the push from campaign groups.

People will be able to submit questions to candidates during the discussions.

The Sheffield Climate Alliance said that they are hoping for a “lively and informative discussion on issues that matter to us all”.

There will be six virtual hustings across the city for residents to ask candidates what they would do for the climate emergency crisis.

The hustings will be held from 7pm to 8.30pm every night Tuesday to Saturday this week.

The first event tonight will be for the SE Sheffield area involving Beighton, Birley, Darnall, Mosborough and Woodhouse wards.

The online event is free to attend but residents must book online.