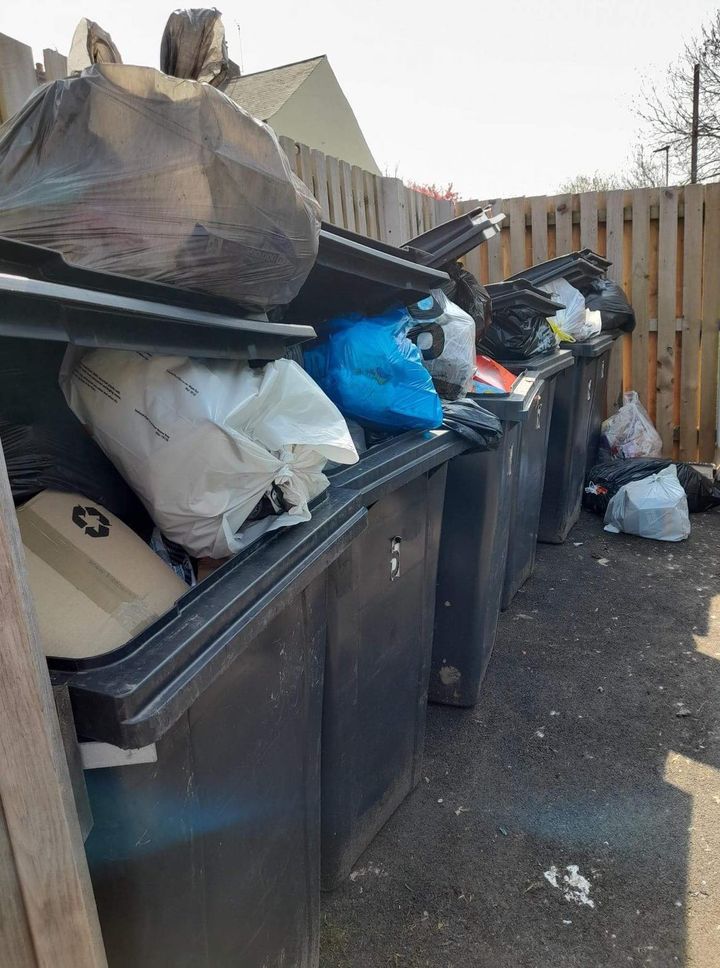 A Sheffield community has asked the council for bigger bins after overflowing rubbish left an ‘infestation’ of rats.

The block of apartments on 5 Portland Road, Beighton was built in 2018 and started with five black bins outside, being emptied every fortnight. This has now been increased to seven bins, but people living in the block say it is still not enough.

Neil Hughes, 36 from the Beighton apartments said: “We’ve had rats in the bin area outside and we all have kids in these apartments, young babies too, it is disgusting honestly.

“The council could in my eyes at least come out and see us, we pay them for this service. At least come and see what we have to live with, they are adamant there are enough bins on sight but how on earth can there be when it is constantly overflowing.

“If the bin lids are a fraction up they refuse to take them, I happened to see a collection on a Wednesday where they refused to take the bins after the area had been cleared by Guinness Partnership, I shouted out of the window asking if they are refusing to empty them, he said with the bin lid up it’s too dangerous for the lorry to pick it up to empty.

“If the bins were emptied once a week we should all be fine, there are 12 apartments and 33 people including children and babies. I’ve been in touch with the local MP’s about it but nothing has happened.”

Another resident Lydia Leigh, 25, said: “We are desperately in need of a larger bin. We have a large family and make full use of our recycling bins but still find we are at capacity well before it is emptied.

“Trying to be proactive I rang Veolia and asked if I could purchase an extra black bin and I was very simply told no.”