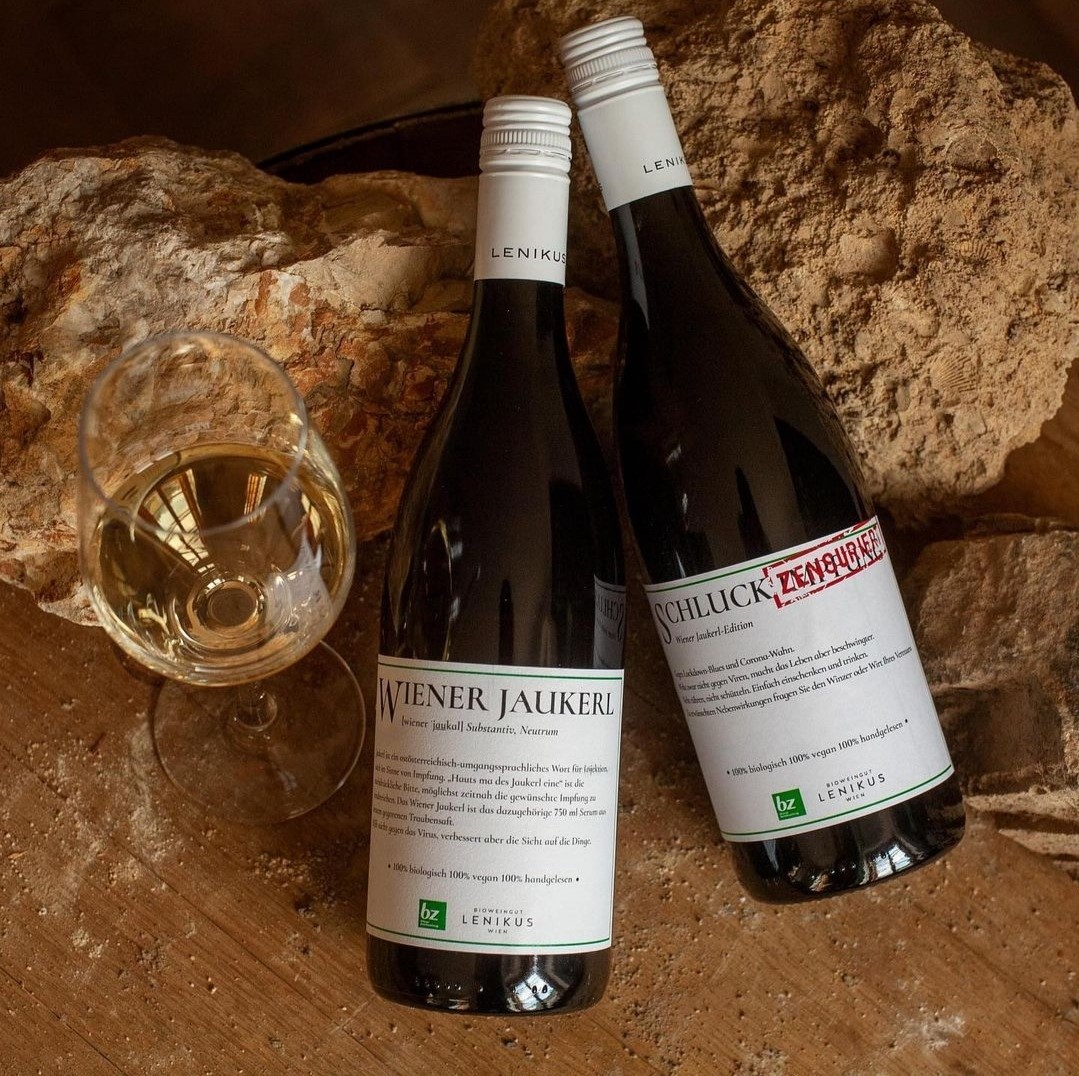 A wine from a local winery in Vienna, Austria got confiscated by the government after allegedly promising the long-awaited cure for the corona virus.

A couple of weeks ago the bio – winery Lenikus near Vienna brought out a new type of white wine called the “Schluck Impfung (sip cure)”.

What started out as an homage to the corona cure, with a wine completely made out of grapes that were harvested in the famous corona year of 2020, quickly turned into a legal case.

On the 8th of April, a couple of weeks after the release of the beverage, the government sent officials to the wine cellar who then confiscated all wine bottles with the “sip cure” label on it.

The reasoning, according to officials, was incorrect labelling. There was a concern that consumers would think that the wine would actually help with or cure the coronavirus as the name suggests which constitutes a health-related claim.

The owner of the winery Martin Lenikus, 59 said: “It’s just simply wrong. There is not the slightest reason why buyers interpret the name of the wine that way. We even wrote on the labelling that it wouldn’t cure the disease but instead would just make life more fun.”

When asked, the official department declared that they were not allowed to give further details on the confiscation to the public. The owner now wants to take legal actions against that official act.

Mr Lenikus further said: “We will go against this act with all we got. You have to show that you won’t put up with everything and that the government agency should read their own laws before interfering. As a vintner and as a citizen you have to push back against cases like this.”

While the legal action is still in its early stages, the wine now got re-released with a new design and a new name. The “Schluck 1 (sip 1)” or the “Schluck zensuriert (sip cencored)” is now available for the public to buy and consume.